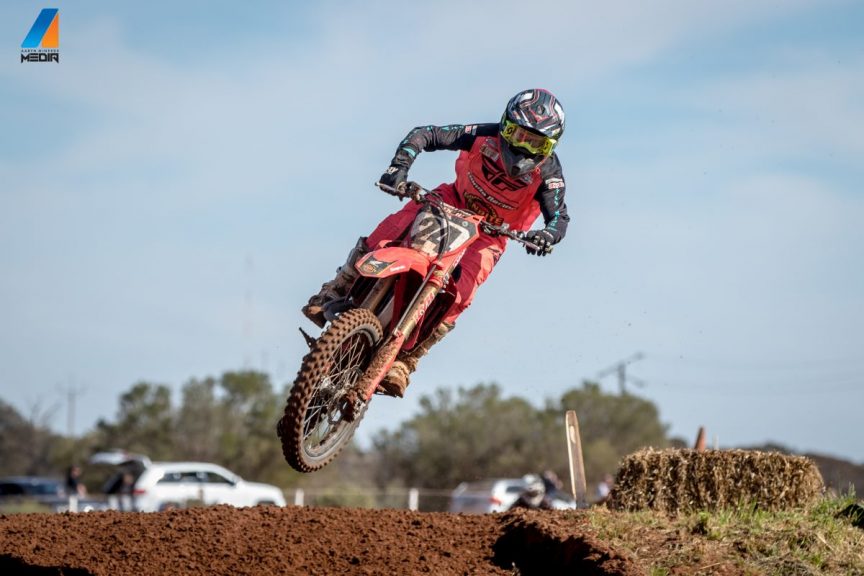 “It’s good to be racing, I have missed it. It was also great to be there to see my boys first race. A weekend I will never forget,” said Metcalfe.

Metcalfe raced two classes, the Pro Open and the Vets race where the likeable South Australian won all 6 races across both classes respectively.

“Nothing can compare to lining up behind the gate, especially after how the year has played out so far so I’m grateful I can. I feel strong on the bike, all of the preseason testing in America earlier this year has paid off. We have a great bike and I am looking forward to round 2 this coming weekend.” Metcalfe concluded.

Penrite Honda Racing will compete in as many events as possible leading up to the 2020 Australian Motocross Championship which is proposed to start in mid to late October.

Teams director Yarrive Konsky is eager to get his team to the track as often as possible.

“We need to race, we need to deliver results to our sponsors and we need to inspire the next generation of riders. Having all of our riders race at a state level is good, they get to reengage with their core fans. Grass roots is where it all begins and this is good for Honda, Penrite and all of our sponsors.” Said Konsky.

Metcalfe will line up at round 2 this coming weekend in Murray Bridge, South Australia.