Penrite Honda Racing’s last minute SX2 recruit, Cameron Mcadoo had an incredible debut at his first race in the Australian Supercross Championship, coming away with the round win for the team.

The Aus-X-Open is arguable the most highly contested round of the Championship and is closely followed by industry leaders throughout the world. Mcadoo proved worthy of his signing after taking the win.

“I am so happy, this is what we wanted but I didn’t know how I would fair against everyone. There are some fast guys in Australia and to take the win is amazing. This is one of my best wins of my professional career and I couldn’t be happier for the team and everyone that helped make this happen,” said Mcadoo. 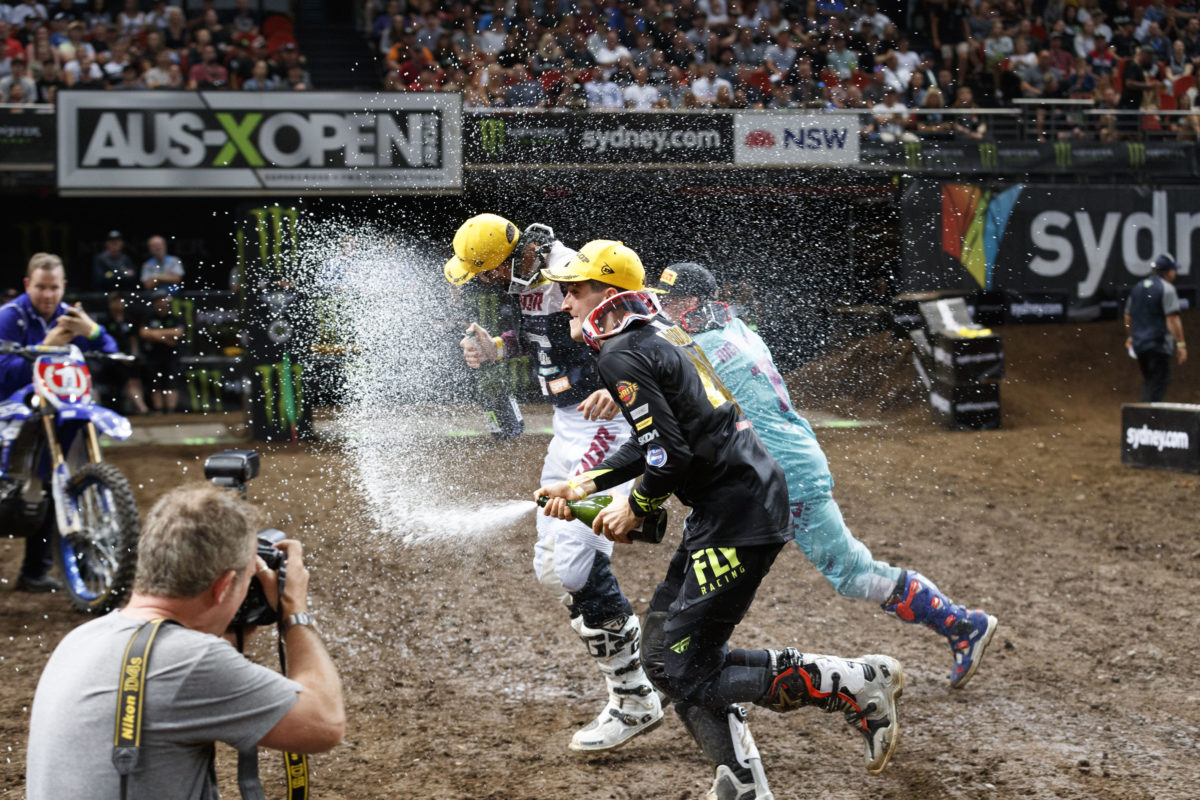 Mcadoo arrived in Australia the week prior to the Aus-X-Open to begin testing with the team in the little time they had before the final round.

“The team is top class, everyone was so accommodating and I knew we had a competitive package following our first test. We only had to make a few minor adjustments and it was all sorted efficiently, I came into race day really prepared considering the turn around,” said Mcadoo.

Company director Yarrive Konsky was proud of Mcadoo and the way he handled himself.

“He is truly a great kid and his results are a bonus. There are many young riders who could learn from him. Brayton has been mentoring him and it shows. Apart from being very fast, he was a great inclusion and will always be welcome in our team if the opportunity allows for it,” said Konsky.

Mcadoo also expressed his desire to come back and race in Australia in the future if the opportunity presented itself. He was recruited at the 11th hour to replace an injured Bradley Taft, after Taft sustained a broken hand in a crash in round 4. The decision to sign Mcadoo was made by company director Yarrive Konsky.

“We built bikes for the SX2 class and a lot sponsors came together to make this happen. I felt obligated to put someone on our bike. The Honda CRF250R is an amazing bike and we have won races in every Championship in the SX2 class since 2011,” said Konsky. 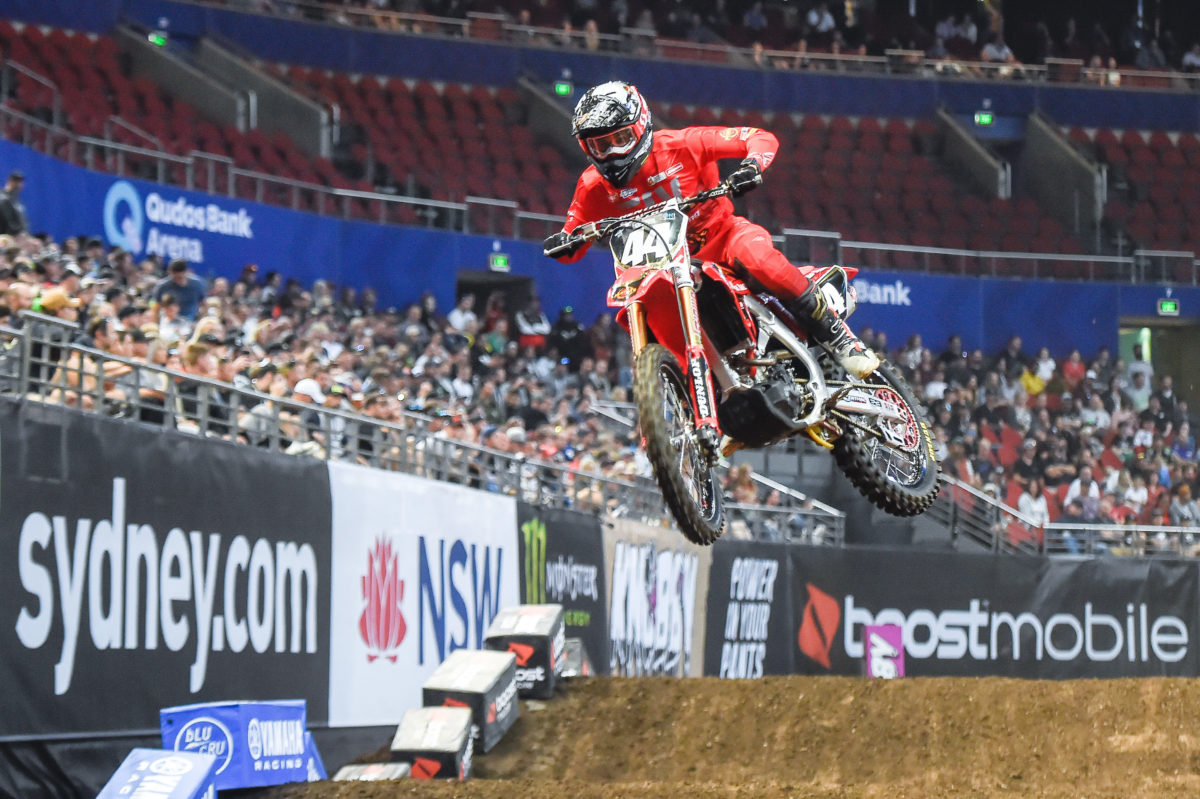 Penrite Honda Racing has achieved creditable success in the 250 class. This year has proven difficult as Taft qualified 1st in 3 of 4 rounds. The speed didn’t translate into a win as Taft posted his best result in round 1 where he finished 2nd.

“Taft was fast, he proved the new 250 is very competitive. Unfortunately anything can happen in racing and Taft had a series of crashes, one of which resulted in a broken hand. That’s when we decided to sign another rider for Aus-X-Open. We knew our bike was competitive and we wanted to have someone race it. Mcadoo proved to be the right choice.” Concluded Konsky.

Mcadoo now heads back to the US and the team shift their focus to their final race for the year, the Oceanic Supercross Championship held in Auckland, New Zealand.