Championed Supercross rider Josh Hansen will head to New Zealand this weekend to compete at round 2 of the Oceanic Supercross Championship in Auckland.

Hansen is no stranger to international events, winning the Australian Supercross Championship in 2010 and competing in selected events in 2009 for Honda’s factory team in Australia.

“I first raced for Honda in Australia in 2009 where I competed in several rounds of the Australian Motocross Championship. It was an amazing experience. Then in 2010, I took the win in the Aus SX, it was an important victory for me and one I have certainly cherished.” Hansen said.

Considered a Supercross specialist, Hansen has also won the covenant American Supercross 250cc Championship back in 2005. His other accolades include two gold X-games medals.

Hansen’s father, Donnie Hansen was a champion racer with factory Honda in America so Hansen is proud to continue this family legacy, welcoming the opportunity to race for Honda in New Zealand. 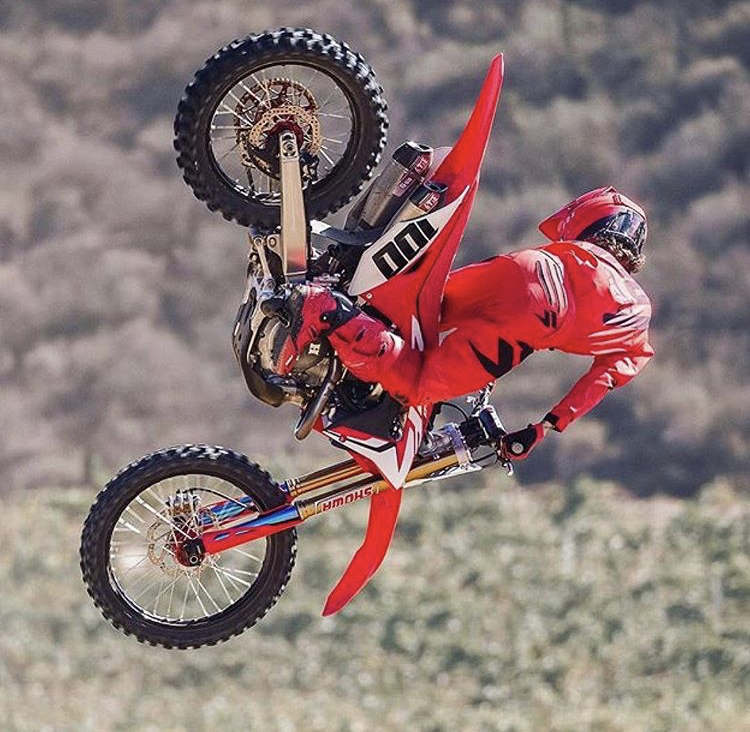 “My dad raced for Honda which makes this even more special for me. I have a good relationship with Honda in Australia, I’m thankful for the opportunity they have put forward, and for Yarrive and the team, along with the promoters of the championship for allowing me to come out and ride this weekend.” Hansen said.

Honda’s Brand and Motorsports Manager, Glyn Griffiths is also pleased to have Hansen on board the CRF450R this weekend; “We are glad to have Josh heading over to support this Championship and we are pleased to host him as our guest. He hits such a wide audience and the fans will be in for a good show.” Griffiths said.

This weekend marks the final race of the season for Supercross riders. Hansen is realistic about his expectations, understanding he is coming into the fold at the pointy end of a long, hard fought season.

“I have been doing some riding and testing but it’s always hard to come and be ultra-competitive against guys who have been racing the whole Championship. I will do my best and I look forward to meeting the fans and shooting some videos. I want to show other fans of the sport back home how they do it over in New Zealand and Australia.” Hansen finished.

For more information on the Oceanic Championship this weekend in Auckland, New Zealand at Mt Smart Stadium, visit: www.sxopen.com