Penrite Honda Racing wrapped up the 2018 Australian Supercross Championship with an overall 1 – 2 placing, an impressive end to the highly contested season.

The win marks Justin Brayton’s third consecutive Championship for the team and a successful first season with Honda for Brett Metcalfe who took out 2nd.

Brayton won three out of five rounds in the Australian Supercross season this year, although appearing in fine riding form, he admitted this was his hardest victory yet.

“I am so happy to win three in a row. It’s what I came here to do and I am glad we got the job done. It wasn’t without its difficulties though, first my family got sick, then I got sick and I never fully recovered. I have battled pneumonia for most of the time I’ve been over here so it was tough for sure but it made the overall victory so much more gratifying,” said Brayton

This year marked Brayton’s fourth time in Australia and he hopes to return next year to defend his Championship.

“I feel lucky, I get to see the world and ride dirt bikes. I have met some amazing people through racing and it’s a bonus to win. I can’t thank Honda, Penrite and all of our sponsors enough but we aren’t done just yet,” Brayton continued. 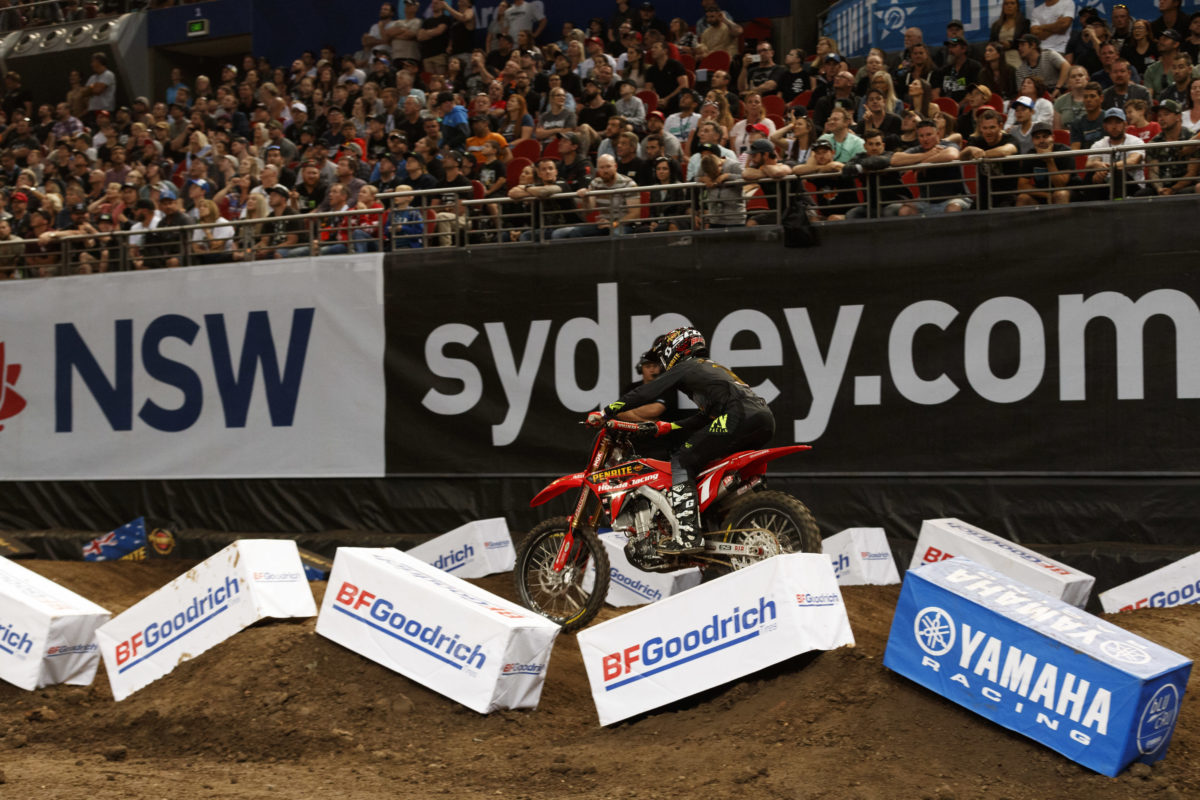 “We still have a few races to finish this year as we head to New Zealand in a few weeks. My plan is to come back next year and defend my title. I want to keep doing this for as long as I can. If I am competitive and I am enjoying it then I want to race,” finished Brayton.

Brett Metcalfe finished 2nd overall in the Championship and couldn’t be happier.

“Everyone wants to win but this is the next best thing and I am really pleased to be the first placing Australian too! The season has been strong; winning round 4 was certainly a highlight and gave me a solid confidence boost.” Metcalfe said.

Metcalfe was pleased to have his family watching as he took to the podium for the overall 2nd position.

“It was important for us to get 1-2 in the title so we had our plans in place to ensure it was locked up. I’m so pleased for Justin to take the triple and for Honda to have this 1-2 finish, it’s amazing. Now we are focused on New Zealand, to wrap up the year on top.” Metcalfe finished. 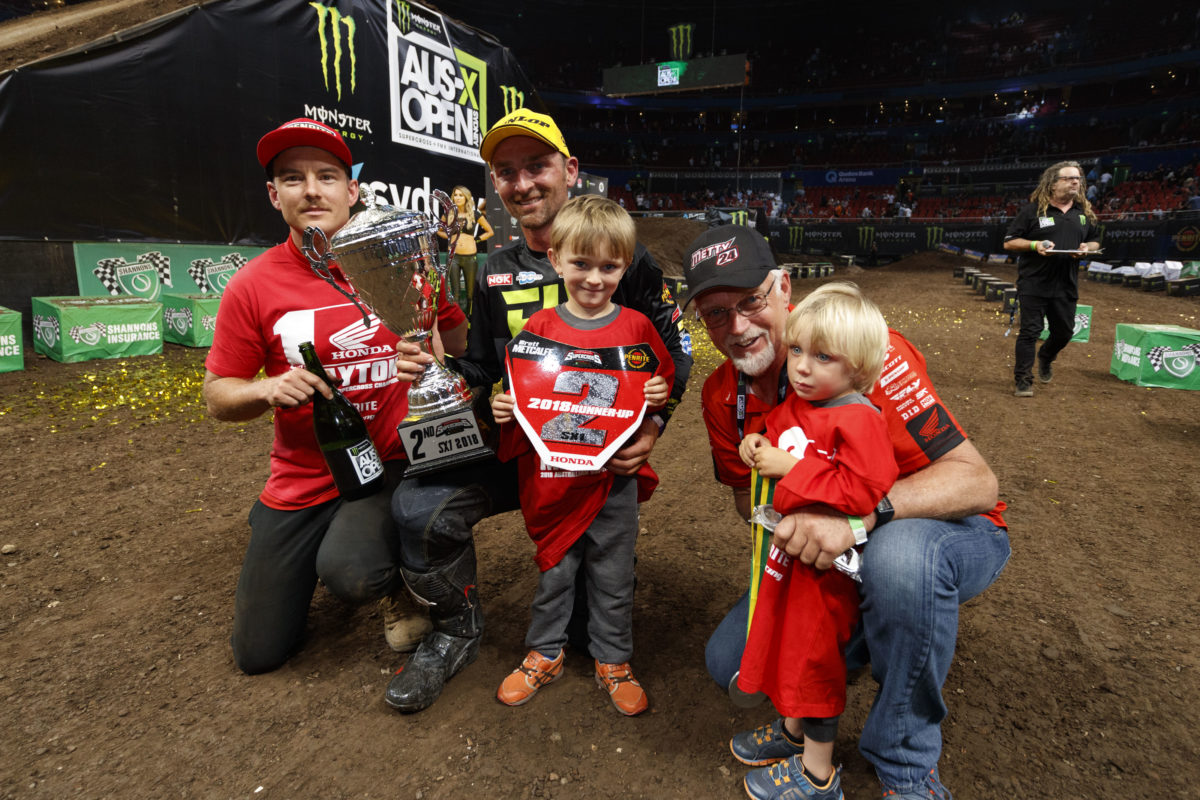 “Going 1-2 is a remarkable feat, something that many don’t ever achieve throughout their careers. Our team have different abilities, experiences and backgrounds, including our riders and we came together for a shared purpose and this is something we will all treasure,” said Griffiths.

Team director Yarrive Konsky concluded; “it’s still surreal, I didn’t know where we would finish and this is a dream many don’t achieve and I am grateful of everyone’s efforts. We will now turn our attention to our final race then on to testing for next year. We want to be prepared for the Motocross Championship and preparation begins now.” Concluded Konsky.

Round 2 of the Oceanic Supercross Championship will be held in New Zealand on the 24th Novemeber in Aukland.