“Joben Baldwin qualified 2nd against a full field of factory and privateer riders in the MX1 class, that’s a massive achievement for Joben and Honda as he is racing a production Honda CRF450R”, said Cuthill.

Baldwin went on to claim his best finish of his career, a 6th in moto 1.  Unfortunately, a fall in moto 3 hurt his overall position for the weekend but it didn’t hurt his confidence.

“I moved to 10th overall in the championship and I achieved my best ever finish.  Moto 3 was a bummer as I fell but I am really happy with my riding and the bike.  The Honda 450 has so much power, more than what I need, so there is no reason why I can’t continue to achieve top 10 results”, said Baldwin. 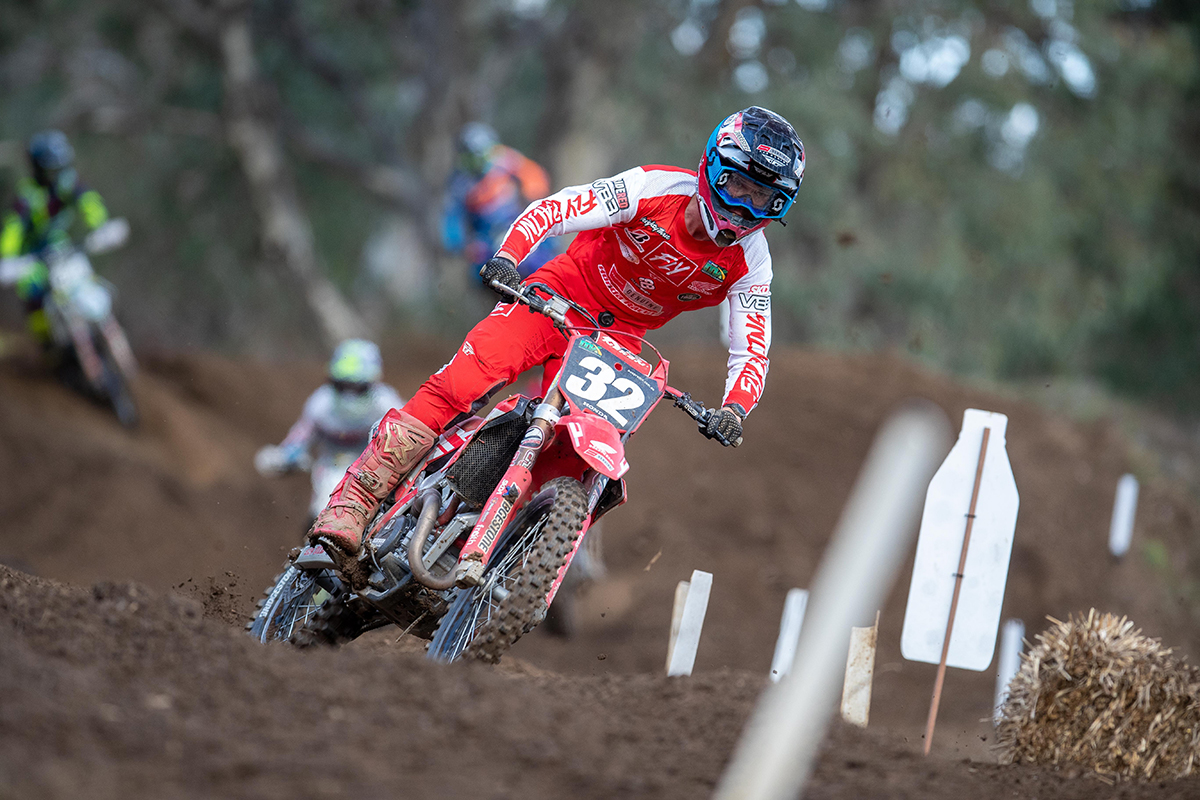 Liam Andrews proved to all privateers that hard work will pay off.  He finished 4th overall on the day in the MX2 class and moved to 8th in the championship.  Liam is no stranger to success, and neither was his dad.  He has his sights set on a podium before the championship ends.

“Dad won a lot of titles on a Honda in juniors, he raced against Yarrive the team owner of Factory Honda.  It’s great that Yarrive and dad have a good relationship.  Having dad in my corner makes a big difference and I feel I am finally achieving the results I expect from myself, this is my best ever finish.  The new Honda 250 also makes it easier, look at what Jett and Hunter are achieving on it as well as Wilson Todd here in Australia.  My goal is to get on the podium before the season ends and I will continue to work hard to achieve that”, said Andrews.

In the MX3 class it was RIDE RED rider Ty Kean who finished 5th overall against the factory riders on his Honda CRF250R.  Ty now sits in 8th overall and has set his sights on an overall podium in the next round in Gilman, South Australia.

“I am happy with 5th but I need to be chasing podiums.  Little mistakes have hurt my placings and I need to make less of them if I am going to race further up front”, said Kean. 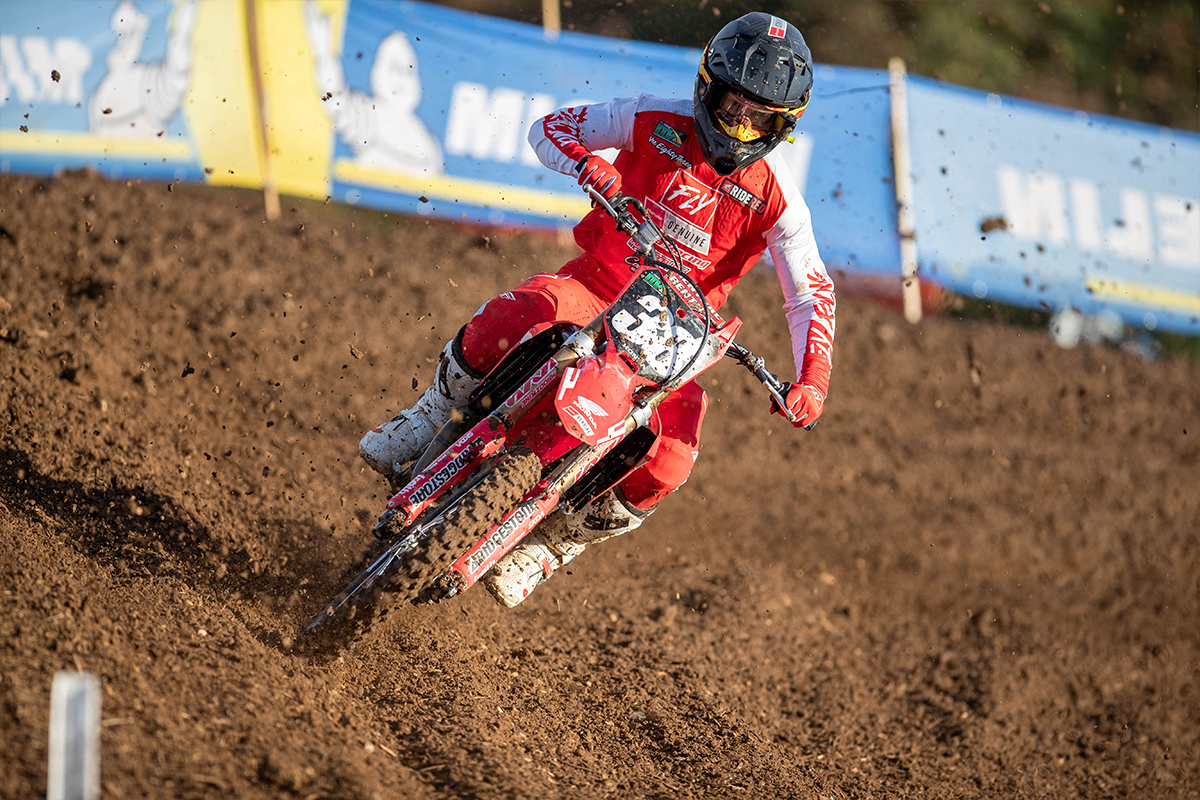 Although the women didn’t compete on the weekend it’s important to note that Honda’s RIDE RED rider Maddison Brown sits in 3rd in the Women’s championship and their next round will take place in Gilman, South Australia at the end of the month.
Honda Australia’s Cameron Cuthill believes the RIDE RED program will continue to evolve and acknowledges the hard work being put in by all those involved.

“It’s a massive undertaking by parents, riders, support staff and crew.  15 riders compete under Honda’s RIDE RED program and we appreciate their efforts as well as the efforts of all Honda riders competing in national, state and regional races”, concluded Cuthill.