Factory Honda wins and learns at round 1 of the Australian Motocross Championship!

The Factory Honda Team demonstrated their preparation was near perfect following strong results at round 1 of the Australian Motocross Championship.

Team Director Yarrive Konsky noted the team can never fully emulate a championship race for testing and the weekend provided a lot of data they will use to be better prepared for round 2 in MacKay.

“We had a terrific weekend even though we didn’t win the MX1 class. Honda won the MX2 Class, MX3 class and finished 2nd and 3rd in the Women’s Class. The weekend provided us with information we don’t get from tests days we do during practice. Nothing can prepare a track the way racing does, and we will use the data we have collected this weekend to make improvements everywhere,” said Konsky

The weekend started perfect; Honda qualified first in all classes. Kyle Webster was first in MX1, Wilson Todd was first in MX2 and Cambell Williams and Emma Milesevic were first respectively in MX3 and MXW.

“We are pleased with the sprint speed of all of our riders”, continued Konsky. 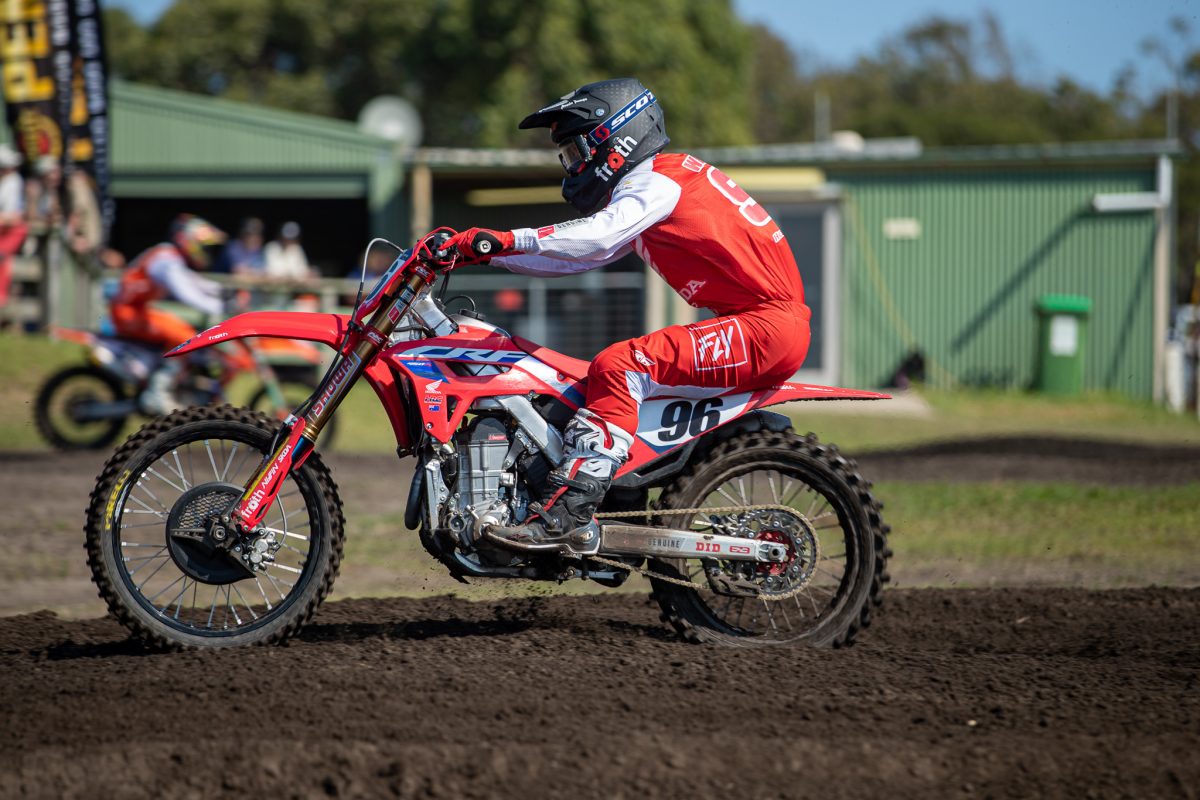 In race 2 Kyle Webster led the race for more than 20 minutes before he crashed out of the lead. Kyle remounted to finish 5th. Ferris raced to 9th following a difficult day at Wonthaggi.
Webster salvaged 4th overall and was clearly upset by the sequence of crashes and setbacks.

“I was devastated. I threw away the overall by crashing four times throughout the day. The bike and team can win, and I let them down. Its no constellation but we had the speed to win, the bike and team to win and we will learn from this and move forward”, said Webster

Ferris who finished 13th overall isn’t deterred by his results, only motivated to find the form that delivered three championships.

“The team and I have already regrouped, and we have a plan. Breaking my collarbone and getting surgery didn’t help my preparation for this year but we will get back to where I know I can be, “said Ferris. 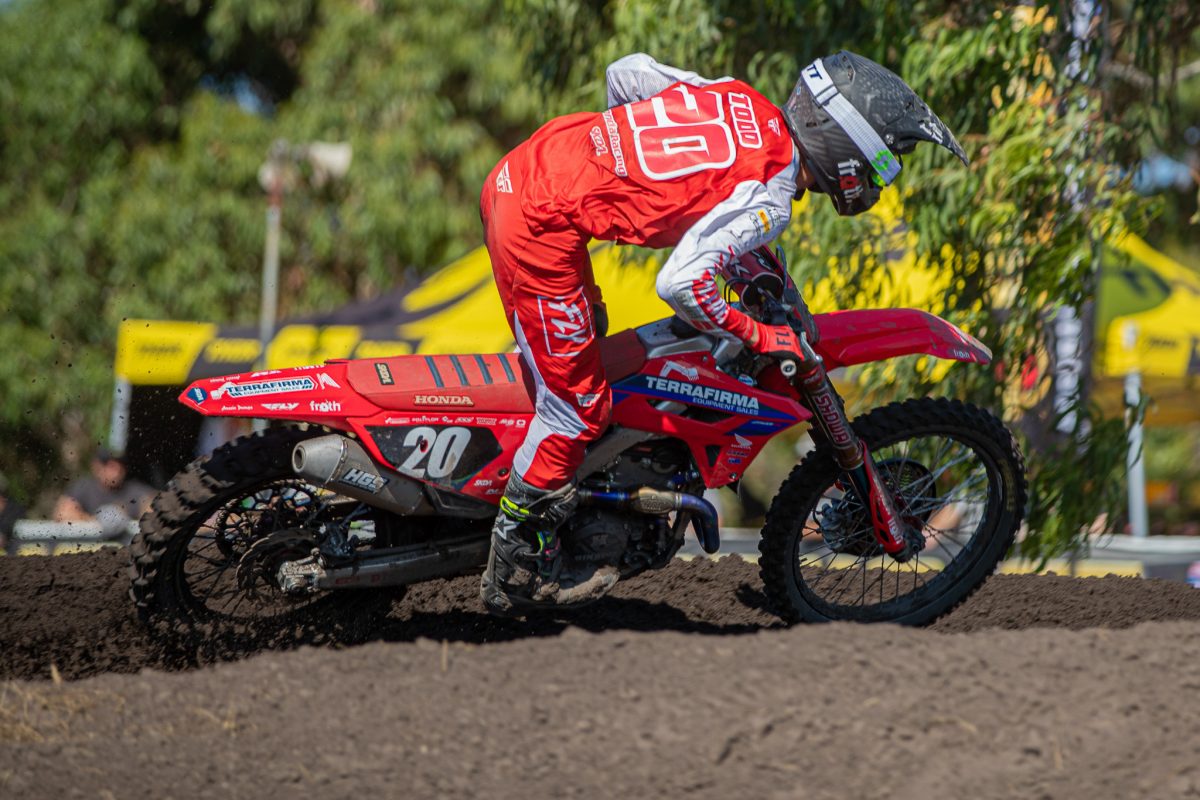 MX2 Class (250) – Terrafirma Equipment Sales Honda
Wilson Todd qualified 1st and went on to win both races to make it a perfect weekend. The rider from far North Queensland was happy with his result and believes it’s the perfect foundation to build on.

“It was a solid result; I know we can be better, and we will continue to work forward, there were somethings that I was disappointed in, in myself, and we have a positive plan. I just need to do some more riding on rough tracks. This was our first hit out at a national track, so I am pleased we got it done”, said Todd. “It was ok, not great. I rode tight and made a lot of mistakes. I got hit by a rider in race 2 and it damaged my rear brake. Overall, we scored good points. Preparing for round 2 will require me to knuckle down and do more riding and I need to change some of my habits. I aim to come back stronger for round 2” said Milesevic 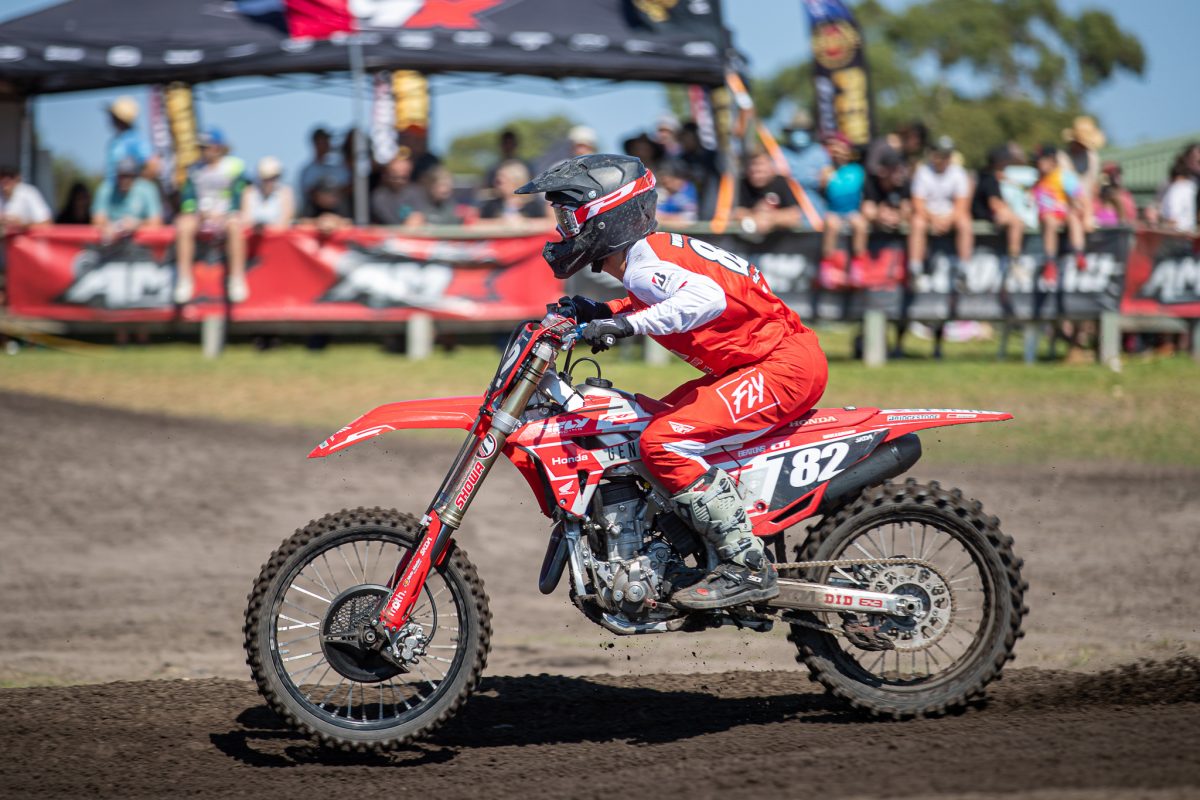 MX3 Class
Congratulations goes out to Honda’s Ride Red rider Cambell Williams who dominated the MX3 class on a factory built CRF250R. Cambell was disappointed in the mistakes he made on his way to both wins but is taking the positives into round 2.

“Being first in Qualifying and winning moto 1 was good but the mistakes I made on my way to winning moto 2 were disappointing and I need to minimise those mistakes. I will be working hard between rounds to come out better. I need to thank Factory Honda; the team’s engine builder Jarrod Pynee has built me a race winning weapon and its awesome,” said Williams.