Penrite Honda Goes 1St And 2Nd In Round 2

Brayton wins two in a row, Metty finishes 2nd for two rounds running and Taft comes back to pass half of the field following a first turn crash.

Brayton and Metcalfe were challenged in their heat races as they fought back from troubling starts to finish 1st and 2nd.  Following their heat races both riders returned to the truck and focused on their starts in preparation for the main event.

In the main it was Brayton who grabbed the holeshot and rode away.  Metcalfe followed Brayton out of turn one but was challenged early by Crawford and Clout.  Metcalfe soon thereafter settled into a rhythm and took second place convincingly

Brayton quote – “It was another challenging night but I felt better and rode to the conditions.  I have a few things to work between rounds and I hope to improve going into round 3.  Overall the Penrite Honda was amazing, my start in the final felt unreal and I rode smart to maintain my lead over my teammate.  I am super pumped for everyone at Penrite Honda”. 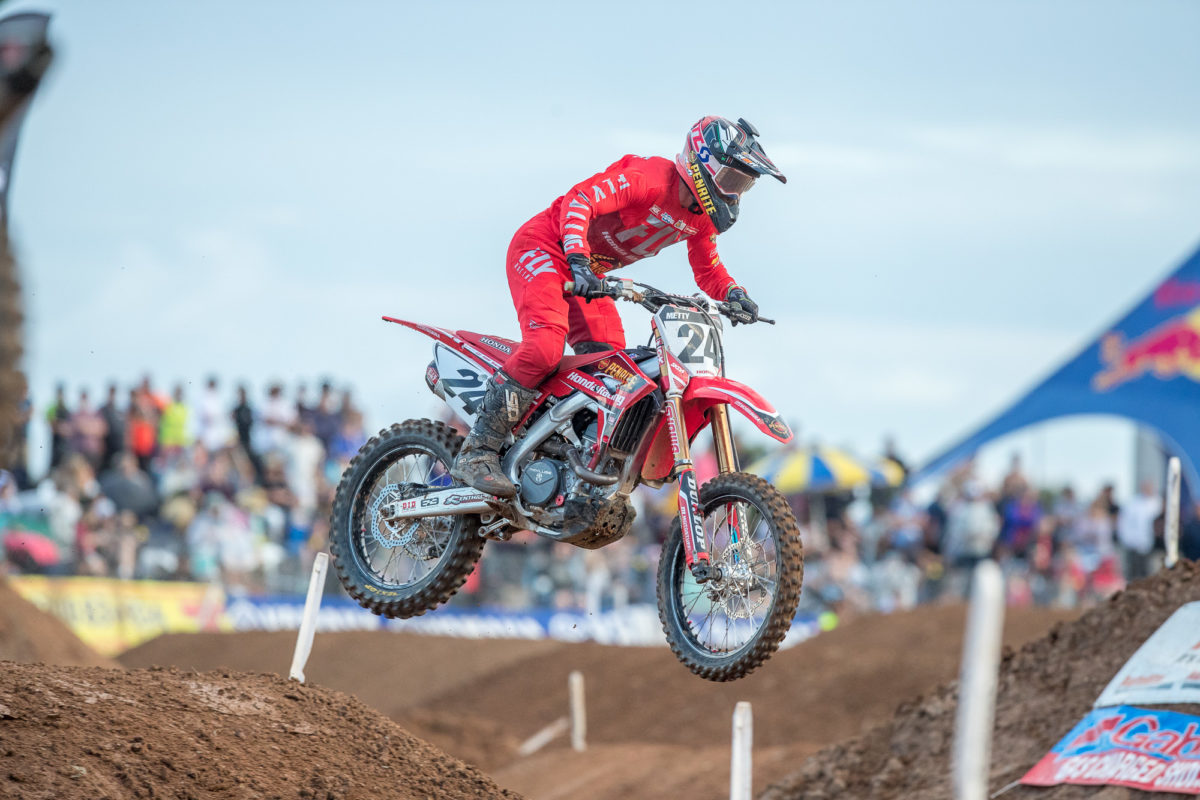 Metcalfe quote – “I am happy to take another 2nd but I want to challenge my teammate and be more competitive.  I can’t take anything away from Justin.  His speed in some areas is hard for me to maintain.  I will work hard on those areas between rounds and I hope I can be closer to him next weekend”. 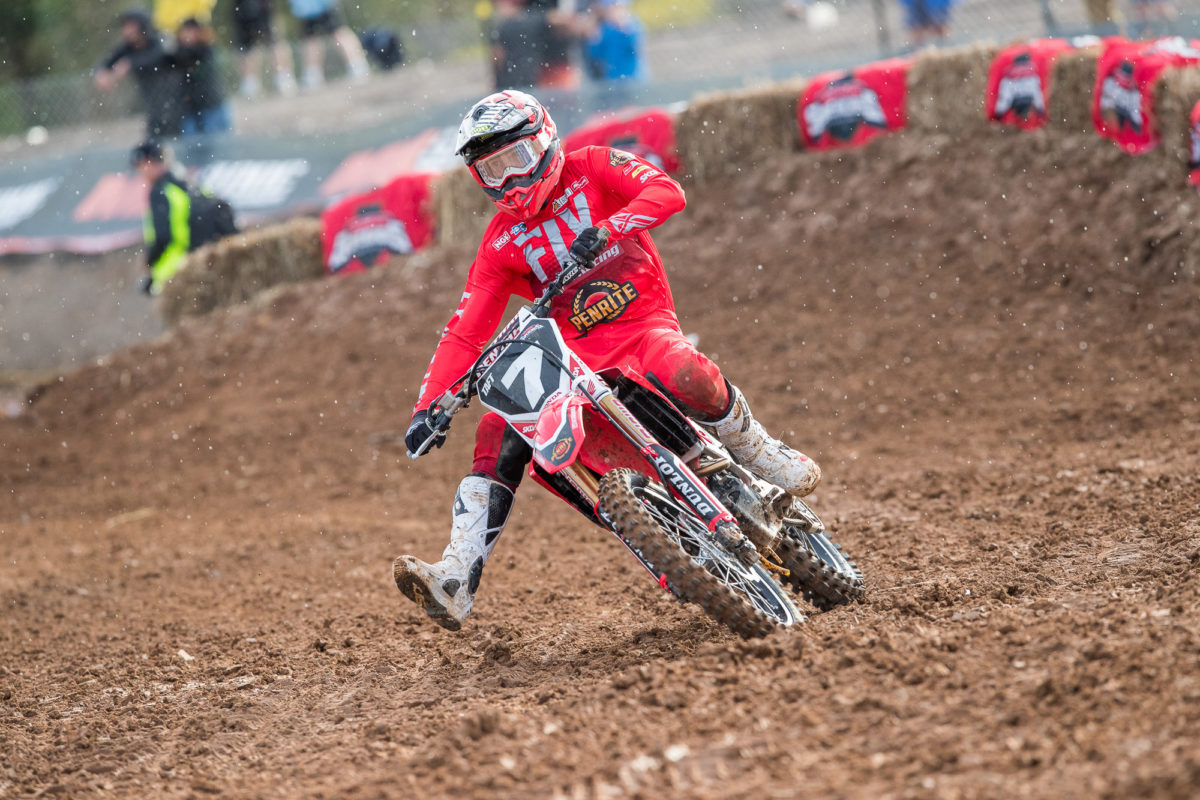 SX2 rider Bradley Taft had a difficult day.  Unfortunately Taft struggled following a crash during the week and pushed through significant pain to compete.  The day’s proceedings didn’t go as planned, dealing with pain matters were made worse as he came down in turn one of the main event and had to come from last place.  He regrouped and finished 11th.

Taft quote – “I am bummed on the day’s proceedings.  Crashing made it worse.  My speed was ok throughout the day but I couldn’t get it together and a first turn crash in the main always places undue pressure.  I am glad I made it back to 11th as these points could valuable in the overall championship.  There are still 9 races to be raced so anything can happen.  We will regroup and focus on the next round”

A full report and video will be released on Monday