Instrumental gains in round 2 of the Australian Motocross Championship!

Round 2 of the Australian Motocross Championship was successful for Factory Honda, now currently leading all classes of the ProMX championship (MX1, MX2, MX3). Dean Ferris turned in his first race win in 3 years and was relieved following a challenging return to competition.

“I understand a lot of people would have written me off, especially after I crashed and broke my collarbone 2 months ago, even I was questioning my results, but I believed in the team and the people that surround the team. The freedom they gave me this past week to completely overhaul the bike is a testament to their commitment to winning,” said Ferris. 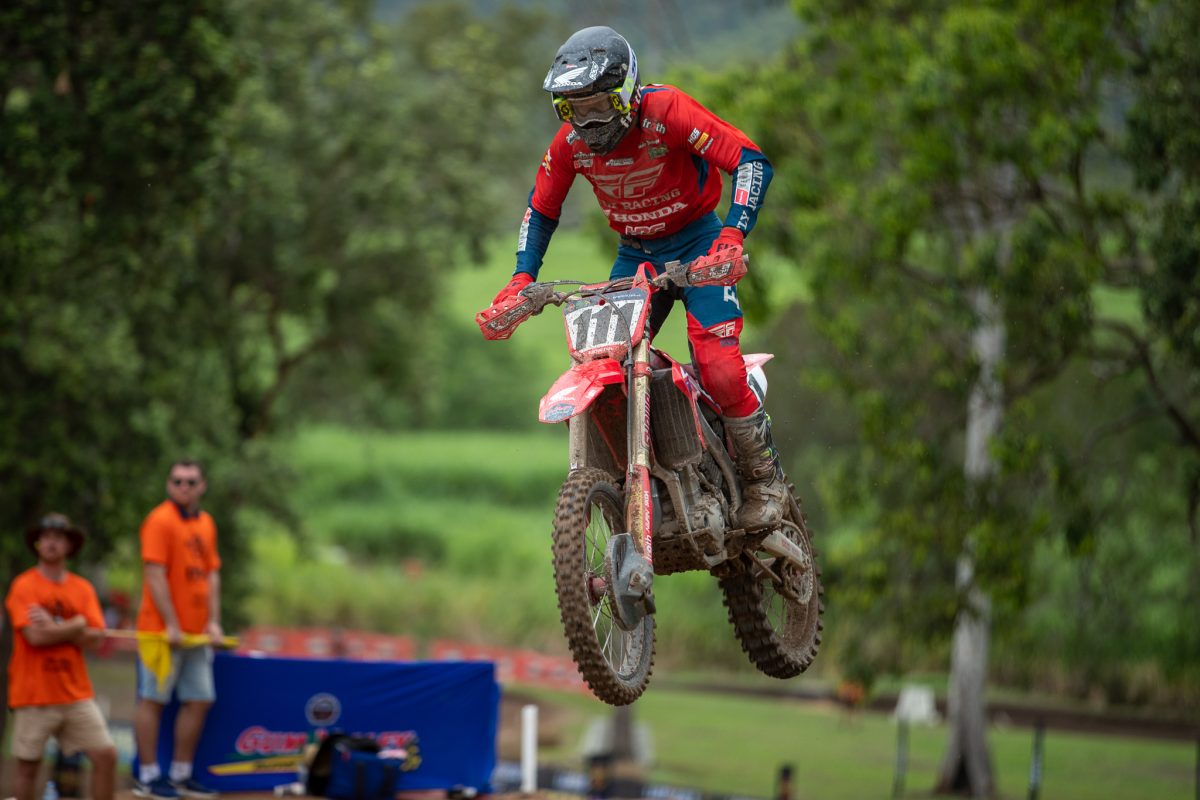 Ferris worked with the team’s suspension turner Grant “Moose” for 4 days straight and found a setting that he felt could get the job done and Dean was able to prove it.

“Moto 1 was a race that got away from me, but I was able to get back up following a crash and work forward for a 5th place. For moto 2 we made a few subtle changes which proved successful, “Moose” is invaluable, and I appreciate the work he has done to get me comfortable. I can’t begin to explain how good it feels to win again,” said Ferris.

Ferris 5-1 finishes netted him 2nd overall and places him 6th in the Championship. 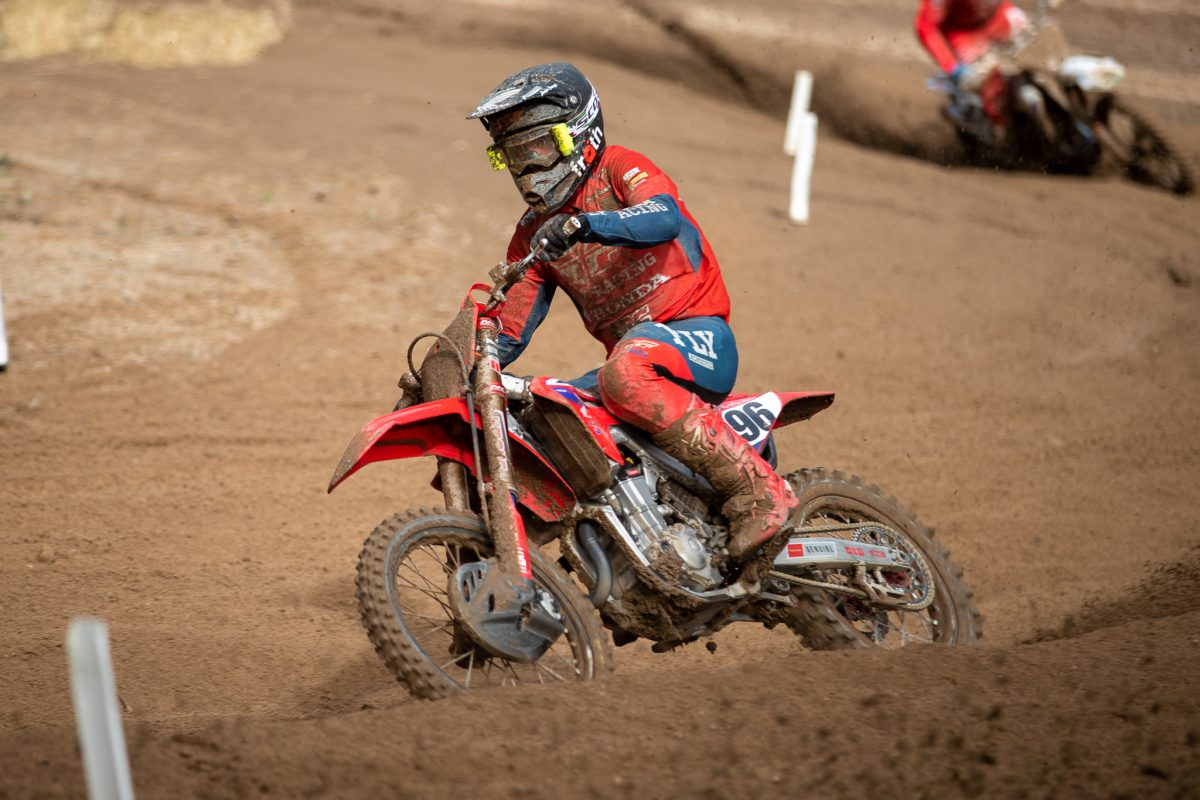 Kyle Webster turned it all around following a challenging round 1 in Wonthaggi. Kyle worked to the front in moto 1 and took a creditable victory, for moto2 Kyle had a strong ride passing several riders on his way to 2nd , his 1-2 finishes gave him his first overall in the MX1 class and now leads the MX1 championship.

“I can’t begin to explain how happy I am, the bike, the team and the people I have around me make all of the difference. I am pumped, I was able to reward the team with a win and the red plate following a difficult round 1,” said Webster.

Terrafirma Equipment Sales backed Wilson Todd extended his lead in the MX 2 class following another perfect weekend. Wilson managed his leads in both motos and controlled the results to take the overall win for the round.

“It was good, I struggled a little in qualifying, we made a few changes, as the bike wasn’t quite right. We learnt from qualifying and made some further changes and they paid off. I am really happy with where we sit following 2 rounds,” said Todd. 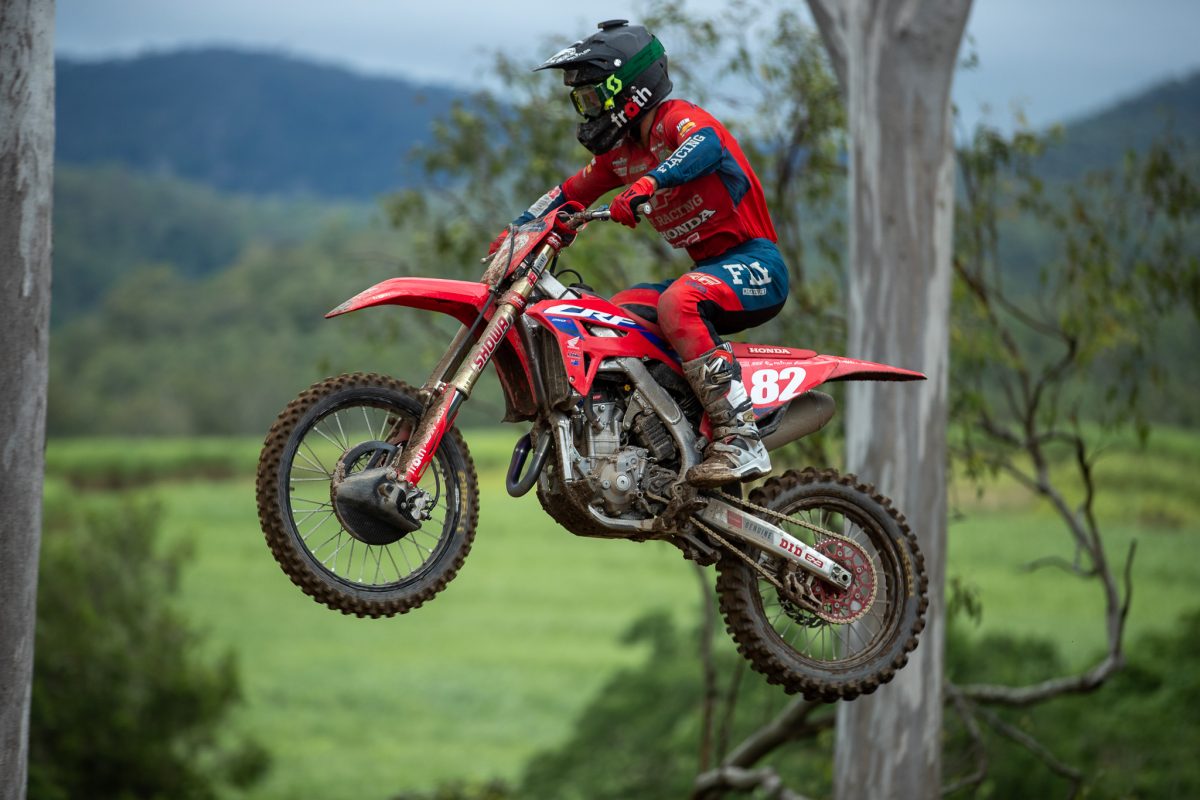 In the MX3 class it was Cambell Williams who raced to a sensible third overall and to maintain his points lead. Williams who continues to recover from a shoulder injury admits he rode tight and needs to work on a few things before round 3.

“I am happy we kept the points lead and we scored another podium, but I struggled to relax and made some mistakes. We know what we need to work on, and we will focus on these areas to improve,” said Williams.

“These results are the sum of everyone that’s involved with Factory Honda’s efforts. Everyone has been working hard and its rewarding for them to achieve these results. I am proud of our riders, what and amazing effort by them all. We will put our heads down and continue to work hard ahead of round 3 in Albury,” said Konsky

Round 3 of the championship is on May 1st in Albury, for more information go to www.auspromx.com.au