Brayton and Faith the lead in both championships following Round 2

Justin Brayton and Gavin Faith claimed victory in both of their respective classes in front of a large Victorian crowd on Saturday night. Brayton tussled with Dean Ferris in the opening lap with both riders pushing to take the lead before Brayton pulled away to take an ultimately convincing victory.

“It was a great night. I qualified 1st and was lapping faster than the competition all night. The track was really slick in some areas but my Dunlop’s were amazing in these conditions,” said Brayton.

Brayton extended his points lead and is already looking forward to round 3 in two weeks.

“Things are going well, testing has proved valuable and my Honda feels like it’s on rails, I can’t wait to get to Adelaide for round 3.” Brayton added.

Jesse Dobson’s night wasn’t as rewarding as he battled with injuries and mistakes throughout the night in the SX1. 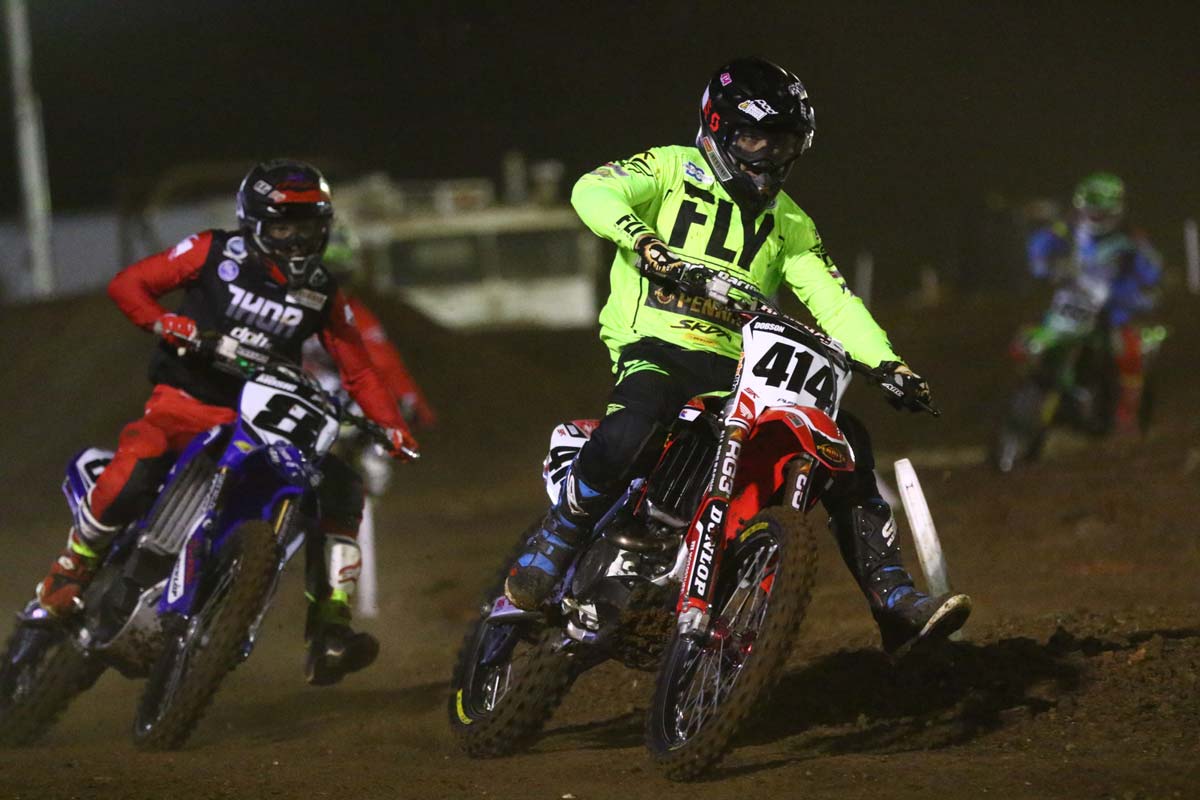 “Tonight was tough; we had a plan as I was battling with a shoulder injury but I crashed in the main event and didn’t finish.  I will get some scans this week and we will access what the future holds following the reports.” Said Dobson. 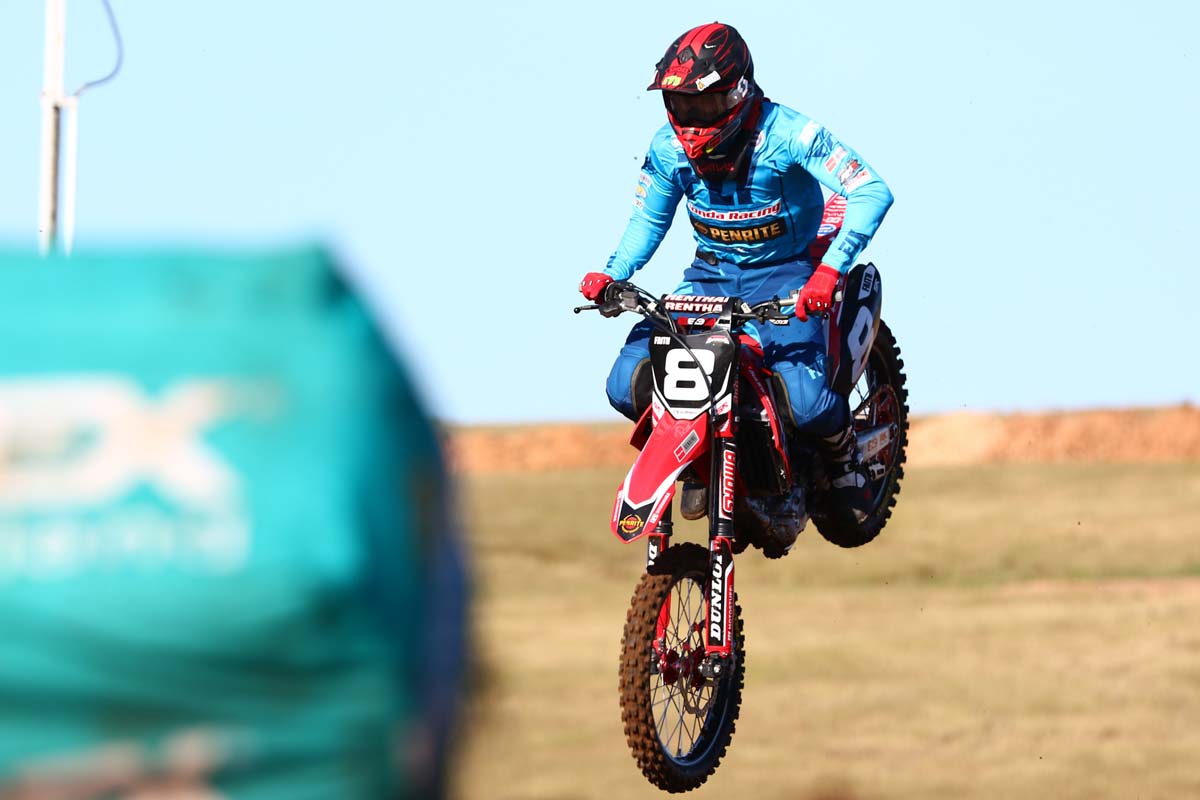 “Honestly I was worried I wasn’t going to race, I jarred my wrist really badly in the heat race and had to go the LCQ (Last chance qualifier).  The team and I spoke and we decided that I would race to the best of my ability in the main and focus on earning points towards the championship.” Said Faith.

Faith gated well and settled in for second behind Melross until Melross made a mistake and relinquished his lead.

“I felt I had his speed and was quicker in some areas, the pain wasn’t affecting my riding. After a rough start to the night following my crash, I am pleased to walk away leading the championship. Thanks to the team for the efforts they went to with my bike and testing following round 1.  It was a different bike tonight.” Faith added.

Team Manager Jay Foreman was pleased with how well the night finished up; “Justin rode flawlessly, he was calculated and patient which paid off. Gavin was really impressive and to ride with that injury as fast as he did was courageous. We will assess Jesse’s positions following scans.” Said Foreman.

The team will continue to test a series of parts and tyres ahead of round 3 and will work hard to maintain their championship lead in both classes.

For details on round 3 go to www.australiansupercross.com.au Next round – Virginia, South Australia – 28th October 2017 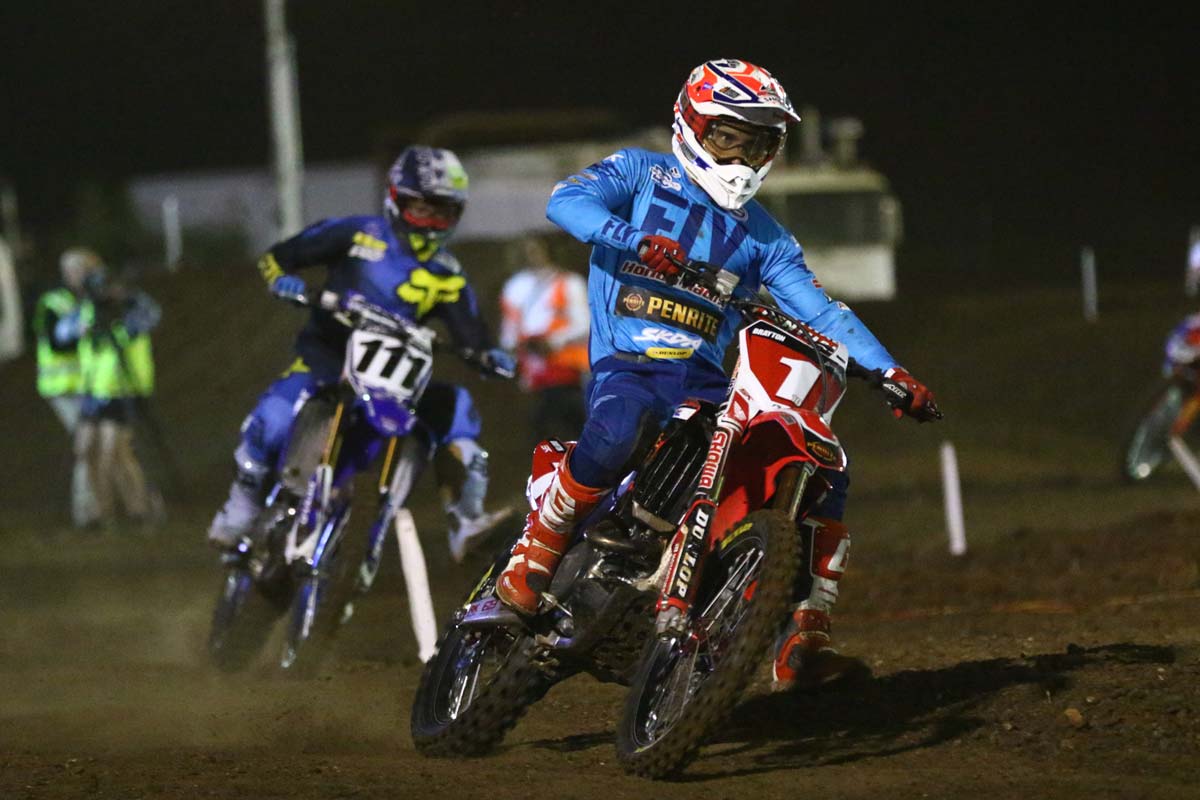