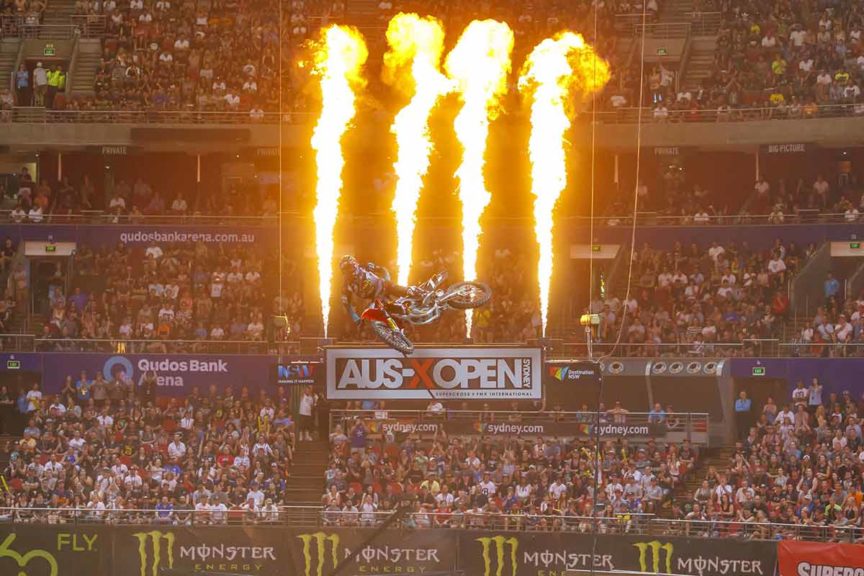 Gavin Faith won the final three rounds. Overall he won four of six rounds on his way to second overall in the Australian Supercross Championship, losing by three points.

“The weekend has been unbelievable, I did all I could do and went out and won both nights, said Faith”

Gavin’s only setback came in round 2; he crashed out of the final which resulted in no points being scored.  This was his only setback –

“I am happy with how I rode and raced this year.  I made the mistake in round 2 which cost the team and I the championship.  I won four rounds and finished 2nd in other.  The one DNF (Did Not Finish) has taught me a valuable lesson, said Faith”.

“I won’t say that the championship went the way I wanted, because it didn’t. I started strong and finished stronger.  I had several unforced errors that set me back.  I am just thankful for the opportunity and I am glad I was able to finish with a 4th, said Cachia”