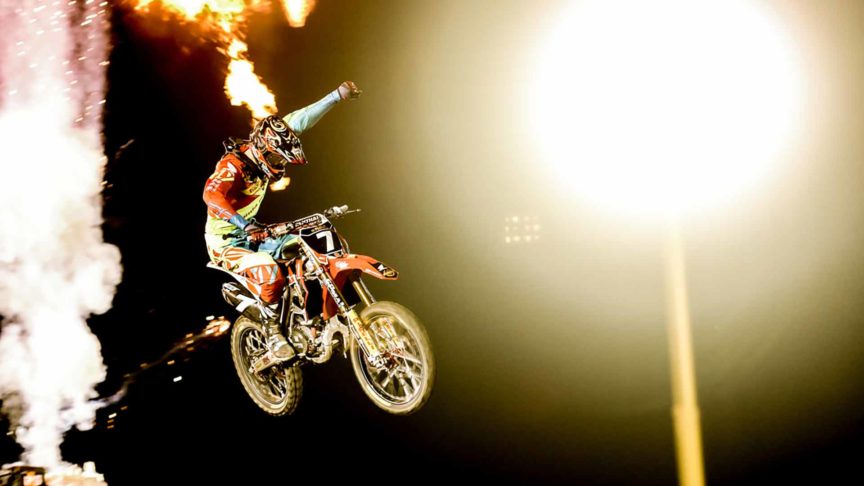 Penrite Honda riders, Gavin Faith and Josh Cachia had a less than memorable experience in Toowoomba at Round Two of the Australian Supercross Championship.

With Faith coming into the second round as the series leader, his second consecutive heat race win sent out a clear message- he was the guy to beat. Faith went into the main feeling confident and looked set for another solid performance, before crashing whilst in the lead on the challenging Toowoomba track. In his haste to re-join the melee, Faith made a critical error which saw the Iowa rider credited with a DNF. The result relegates Faith back to sixth place in the championship.

“I sprinted hard- maybe too hard.  I am really disappointed because I gave the win away tonight. Now I have to regroup and focus on performing at my absolute best for the next four rounds. I simply can’t afford another mistake and although I have put a lot of pressure on myself, I will do my best to ensure the best possible results for myself and my team.”

The Toowoomba round was also a night to forget for Josh Cachia. The event got off to a bad start for Cachia when he was taken out in the first heat. Always a tough competitor, Cachia lined up for the LCQ a little worse for wear, but ready to get the job done. However, a heavy crash in the last chance qualifier ended his chances of making the night program, which was disappointing for both himself and the Toowoomba fans.

“Being taken out in the first turn of the heat race hurt- I hit my chest hard as was ridden over while I was down.  I came back in the LCQ and went over the bars in the whoops. I just need to put this round behind me and focus on the next four rounds”.

Assistant team manager Daniel Kersnovske had an understandably difficult weekend, but remains positive that the team can claw back enough points over the next four rounds to be genuine title contenders.

“It was a tough weekend, really tough.  Gavin was riding extremely well and the mistake he made could cost both himself and the team dearly. We just need regroup and race for wins now. Although we can’t afford another mistake, additional pressure from management won’t create a positive team atmosphere. I know Gavin is highly capable of producing the results we need and I have no doubt we are still in the championship hunt.  It’s really unfortunate that Josh had a trying weekend too. We know how good he is, so we will all work together to ensure we are 100 percent prepared to make up lost ground at Round Three.”