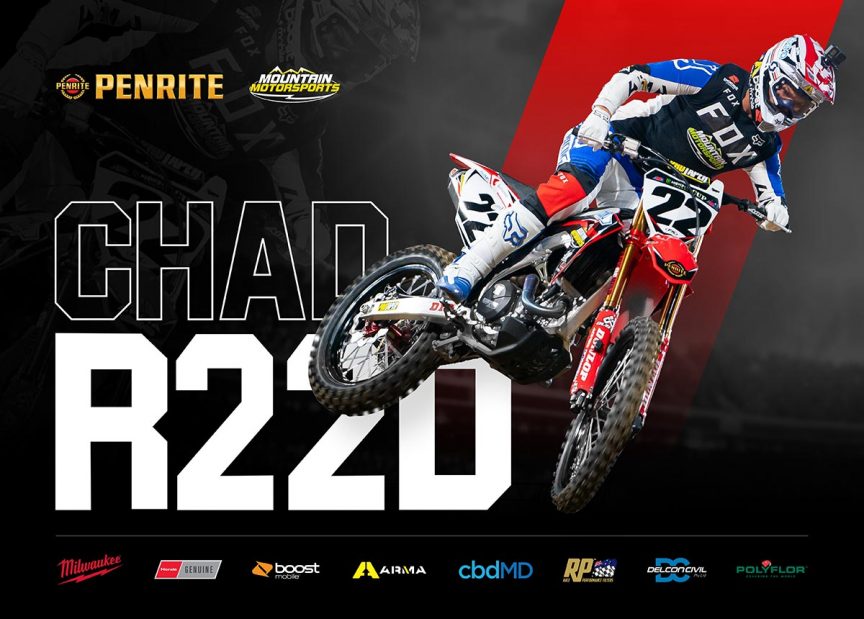 With backing from Penrite Oil, Reed is preparing to defend his Oceania Supercross title aboard a Penrite Racing Mountain Motorsport Honda CRF450R.

The 37 year old is Australia’s most successful Motocross and Supercross racer, leaving Australia to take on the world in 2001; he has beaten the best in the world repeatedly.

He currently holds the record for the most starts in American Supercross and his podium percentage is unmatched.  Reed is still hungry to race and win and looks forward to defending his Oceania Championship.

“I am looking forward to defending my title and of course it’s always nice to race in front of a home crowd and I’m excited for this partnership, the support is fantastic. I love racing so much I’m not ready to give it up. I still love the challenge, the training, the preparation and the thrill of the chase. I enjoy it more now than ever before and I’m grateful for those who support my passion, I never take any of it for granted,” said Reed.

In 2012, Reed returned to Australia to race with support from Honda Australia.  He won three rounds of the Australian Supercross Championship from three starts.

Penrite Oil is proud of their new alignment with Reed. General Manager of Penrite Oil, Toby Dymond appreciates the opportunity to bring two Australian greats together.

“Chad is Australia’s most successful Supercross and Motocross racer and we share his passion and love for racing and motorsport. His tenacity to win hasn’t gone away and his drive is contagious.  We jumped at the chance to sponsor his title defence,” said Dymond.

New Zealand hosts round one of the Championship this weekend and round two will be held in Melbourne, Australia on November 30, which wraps up the Australian Supercross Championship for 2019.For more information go to www.australiansupercross.com.au