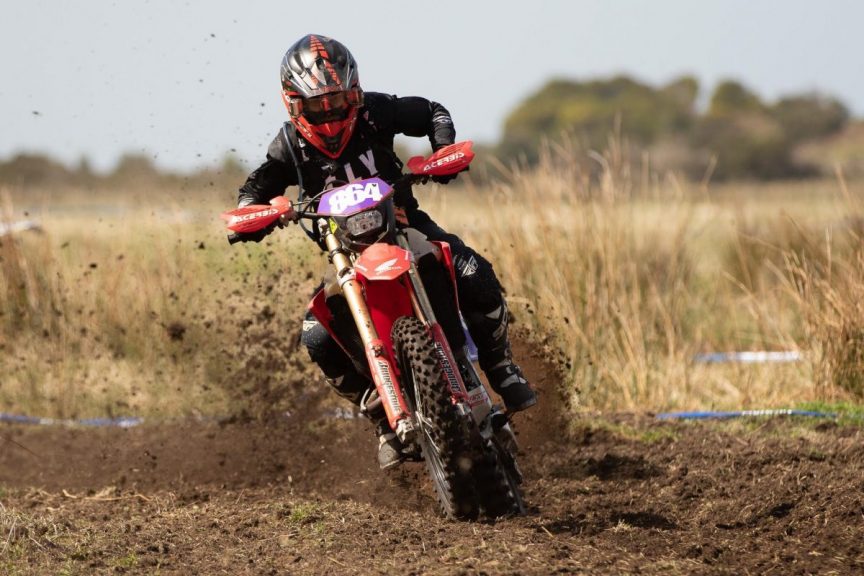 Known for her motocross skills, Milesevic surprised herself with her results, stating; “I still can’t believe I won a race and finished 2ndoverall in my first season.  It’s been an amazing experience.”

Ride Red director Yarrive Konsky added; “We primarily contracted Emma to race Motocross.  She has always been ambitious, which is something we admire. She wanted to race off-road and we backed her and she truly proved herself.”

Milesevic changed from the Honda CRF250R to the Championship winning CRF450R during the season.  Whilst small in stature, she was able to adapt and win on the heavier and more powerful 450R.

“Everyone was concerned when I went to the 450, even Yarrive.  It’s hard to explain to people that don’t ride but the Honda CRF450R is so nimble and turns so well and the power is so smooth that I found it easier to ride for Enduro.” Milesevic added.

The Ride Red program was developed to support young riders chasing their dreams and Honda Australia are proud to have supported Milesevic in her quest.

“The Honda Genuine Ride Red program has been fantastic for all involved. What Emma achieved this year at Hattah and in the AORC was outstanding. Honda is proud to be associated with one of Australia’s leading female racers,” concluded General Manager of Motorcycles, Tony Hinton.

Milesevic will now focus her attention on the 2020 AORC and Desert races, whilst maintaining her commitment to the Women’s MX Nationals.

For more information on the Honda competition range, including the CRF450R, visit: http://motorcycles.honda.com.au