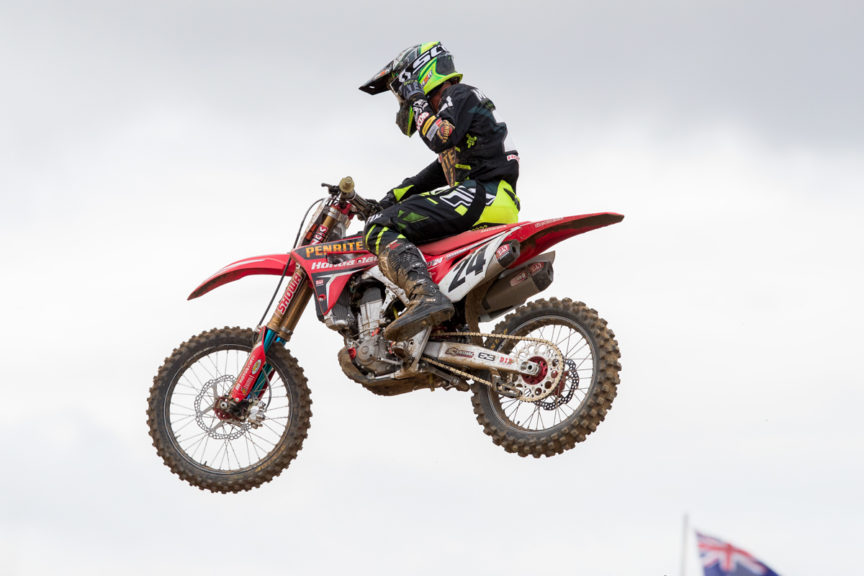 Former international Brett Metcalfe says the Penrite Honda Racing outfit has been relentless in its endeavours to increase his comfort aboard the CRF450R ahead of this weekend’s second stop of the Pirelli MX Nationals in Appin, New South Wales.

Metcalfe, who suffered a surprising mechanical failure at Newry’s opening round two weeks ago, understands he’ll need to do everything in his power to position himself back into title contention after starting the series in a lowly 17th.

“We took note of everything following round one and have a very clear game plan for this weekend,” Metcalfe explained. “We want to come out as strong as we can so this weekend is about fine tuning our race day routine.

“The team has been relentless in their pursuit to get me comfortable. I am definitely racing to win and will do everything I can to claw back the points deficit we have.”

Despite the unfortunate turn of events at the season-opener, Metcalfe displayed front-running pace all day, finishing second in Super Pole before recording a fourth place finish in race one. Before he was forced to retire from moto two, the number 24 was holding down a bid for third position.