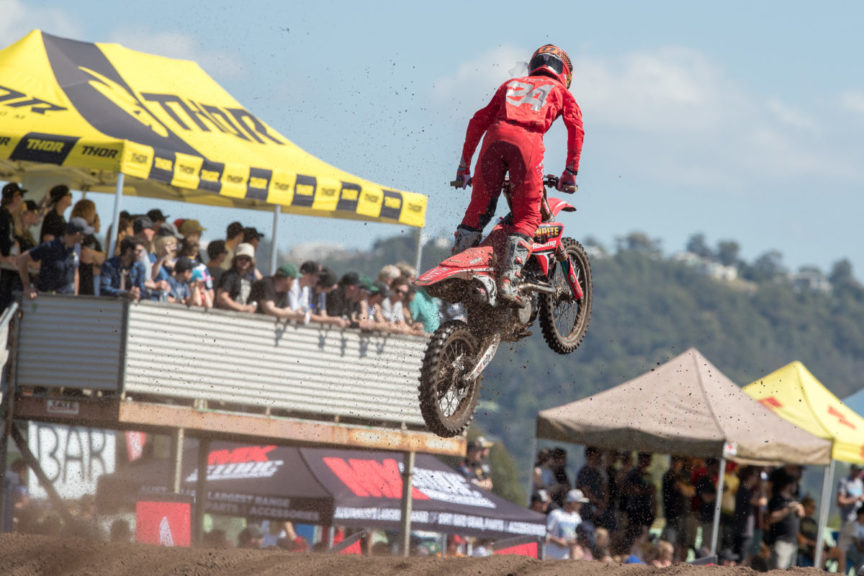 The 2018 MX Nationals Championship concluded on the weekend, with the final round held at Coolum, Queensland.

Brett Metcalfe claimed two 2nd place finishes and one 3rd throughout the Championship to finish 7th overall. Metcalfe proved he had the speed but the three DNFs across the seasons did not help his overall position.

“The team worked hard to get me comfortable and it’s unfortunate the results don’t show that. We proved we are competitive. We will sit down and discuss next year in the coming weeks,” said Metcalfe

Team Director Yarrive Konsky reflects on the season; “We had a new rider and a new bike this year and we worked hard in an effort to be Championship challengers. We had some great races and some poor ones and we certainly learnt a lot along the way.” Konsky said.

The team will now focus on the Australian Supercross Championship, which starts in September.

Justin Brayton returns to defend his title, with a hat-trick title in his sights. The team will announce their entire Supercross line up in the coming weeks.