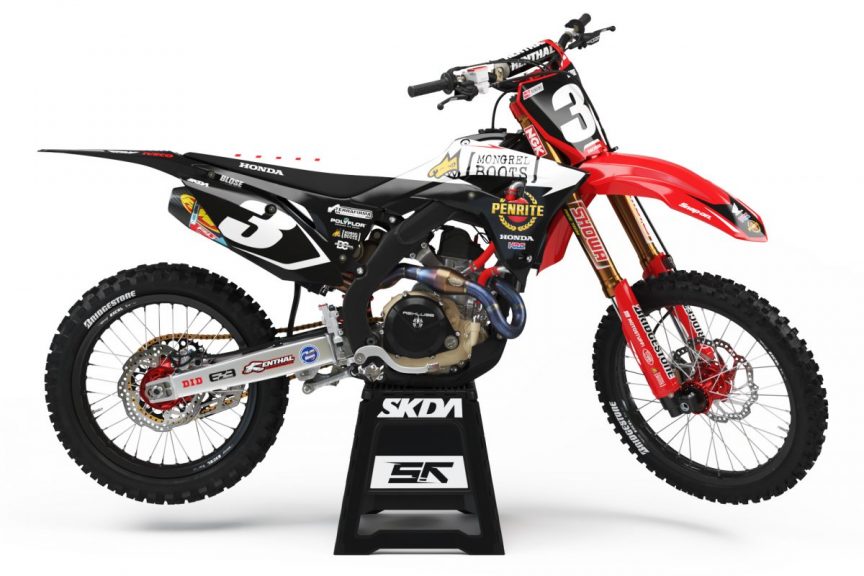 Penrite Honda Racing are pleased to have additional support from Australian footwear brand, Mongrel Boots for the final round of the Australian Supercross Championship.

“We make a broad range of purpose built boots so promoting this through one of Australia’s favourite pastimes (racing) made perfect sense to us. Penrite Honda have been great ambassadors of the product,” said Cloros.

The Penrite Honda Racing team have worn Mongrel Boots for three years, with team director Yarrive Konsky noting their practicality for the racetrack.

“We felt work boots should be made mandatory at the race track and that’s where the partnership began, we reached out to Mongrel and have a relationship which now spans three Championships,” said Konsky.

“The team competes 21 times a year, across several disciplines; they are on their feet for hours on end and on all types of terrain so it’s important we have the right protective footwear. Mongrel is the best choice for Penrite Honda.” Konsky concluded.

Mongrel Boots launched in 2000 with a single style of boot. The Aussie born and bred company now has a complete range of styles and colours, made in the heart of Sydney.

“Our family have been making shoes in Australia since 1930.  Mongrel Boots is a derivative of that and we are proud of the brand it has become.” Cloros finished.

For more information on the final round of the Australian Supercross Championship visit: https://www.australiansupercross.com.au/