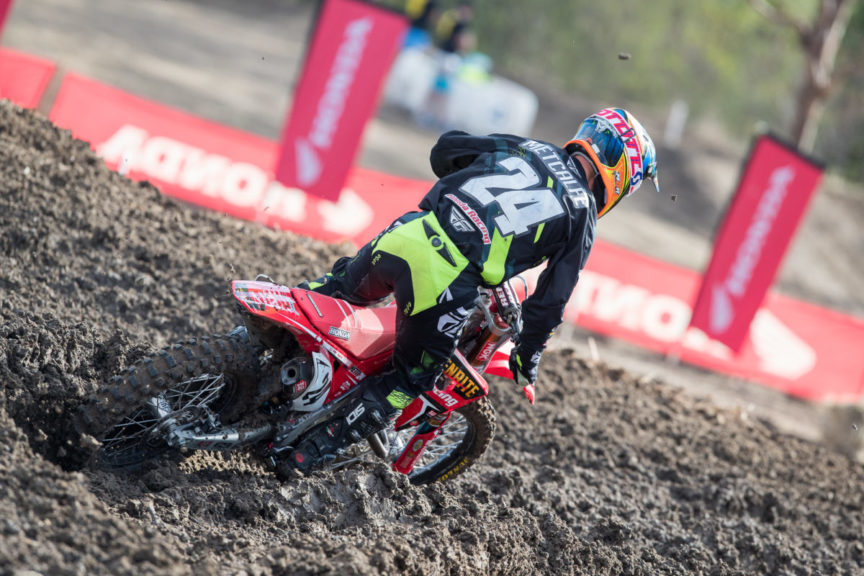 Penrite Honda Racing’s Brett Metcalfe wants a strong finish at the final round of the MX Nationals this weekend in Coolum, Queensland.

Metcalfe is no stranger to success in the sand and hopes his international experience will come into play to ensure he achieves his goal.

“I really enjoy riding in the sand and have had great success against some of the biggest names in Motocross on it. Winning Southwick in 2011 is one of my career highlights and I am hoping my sand experience will help me this weekend,” Metcalfe said.

The likeable South Australian had a trying first half of the season but worked hard with the team to turn things around.

“It was a new bike and a new team so we had some things to iron out in the beginning. After the mid-season break, we have been strong claiming three podiums from four rounds and I really feel we are finding our feet.” Metcalfe added.

Metcalfe has moved to 4th in the Championship and mathematically has a chance for an overall podium finish.

“An overall podium is going to be hard but we will fight to the end and see what happens. I am focused on getting another overall podium this weekend, that’s all I can do,” Metcalfe said.

As the Championship concludes this weekend, Metcalfe has yet to decide if he will race Supercross.

“I really want to race for Australia in the Des Nations; I know the track and would love to represent my country. That is my first priority. The team understands this is where my heart is and they are 100% behind me. Once the selections are made I will decide if I will race all or some of the Supercross events,” finished Metcalfe.

For more information on the MX Nationals go to: www.mxnationals.com.au