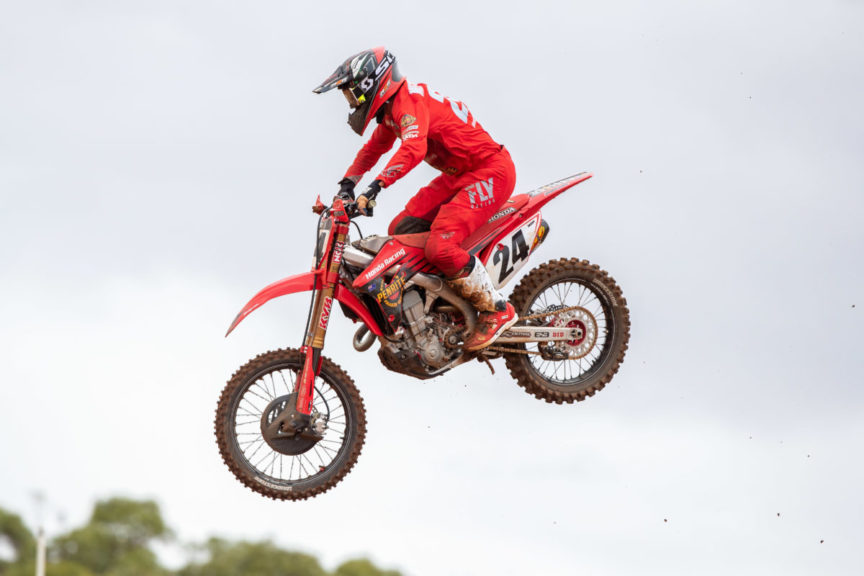 Brett Metcalfe has experienced the highs and lows of racing and understands the pressures associated with racing for a factory team.

“There is no doubt it’s been a tough season for everyone involved and we are all working hard to turn things around.  We have limited time to show our potential with three rounds remaining.  I have nothing to lose I am turning up and will leave nothing on the table in these last three rounds” said Metcalfe.

Metcalfe finds himself sitting sixth in the championship following two major setbacks and wants to finish the season off with podium finishes.

“Anything less than podium finishes will be a disappointment. We have a bike that’s capable of winning and the team and myself want to finish on a high coming in to the supercross season” concluded Metcalfe.

The Penrite Factory Honda Team continued to test following Round 7 of the MX Nationals in NSW.  The team’s director acknowledged the importance of getting back up to speed.

“We believe in Brett. We have finished inside the top three in four out of the last five moto’s.  The speed is there and we have a great base, however, testing was halted when Brett got hurt and we have been playing catch up ever since.  We decided to continue our development following round 7 in preparation for a strong finish” said Yarrive Konsky

The penultimate round of the MX Nationals is this weekend in Moree, Queensland.  For more information go to www.mxnationals.com.au