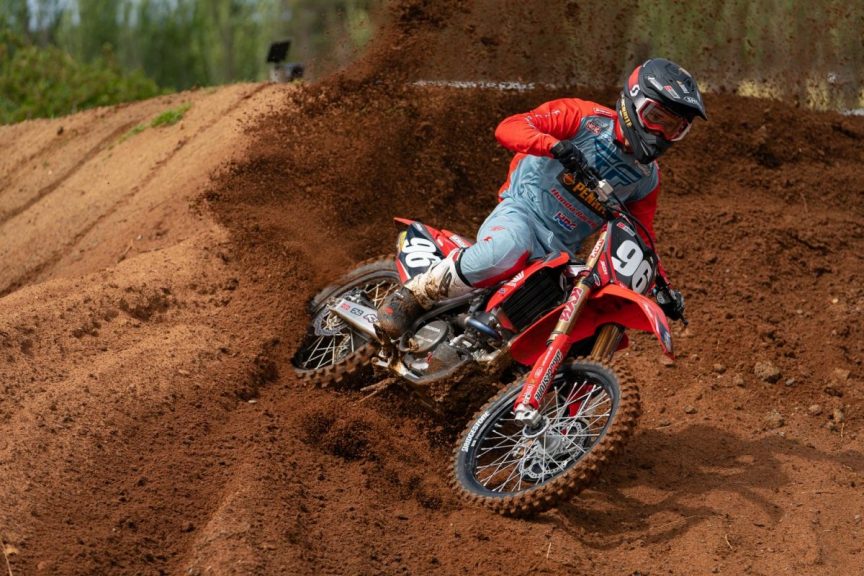 One of Australia’s fastest MX2 riders will race his first race with Penrite Honda Racing in New Zealand this weekend on the CRF250R at the famous Rotorua race track.

Newly signed Webster will contest the 2nd round of the New Zealand Championship.

“I am excited to get things started, we’ve tested locally and over in the US so I’m really happy with what we have achieved so far. We have a strong foundation and we will continue testing more over the weekend.  Racing is always the best test,” said Webster.

Webster finished 2nd overall last year in the Australian MX2 Championship.  He went on to qualify 3rd in the MXON.  The hard charging Western Australian wants to go one better this year.

“Finishing 2nd isn’t fun, I know we can win. Everyone has been putting in, having a full team of people behind me is giving me great confidence. Having factory KYB working with us was surreal.  Those guys work with American and World Champions so having that level of expertise is a dream,” said Webster.

The team believe racing this weekend will help in their preparation of the Australian Motocross Championship which kicks off in early April.

Yarrive Konsky, Director of Penrite Honda Racing is keen for the gates to drop on the weekend.

“We will be competing against riders and teams that will contest the Australian Championship, so this will give us the best chance to see where we are at compared to our competition.” Konsky said.

Blue Wing Honda and Penrite Oil have been instrumental in making this happen.  Webster will race in rounds 2 and 3 over consecutive weekends.

For more information on the CRF250R, visit: https://motorcycles.honda.com.au/Off_Road_Competition/2020_CRF250R