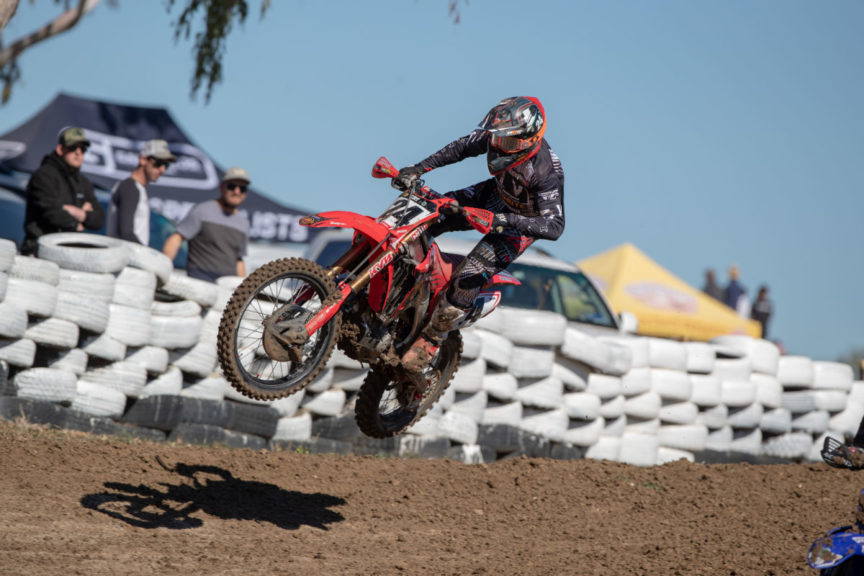 Brett Metcalfe and the Penrite Honda Factory Team have had a season they would prefer to forget, it’s been hard fought following a string of serious injuries.

“I don’t want to sound like a broken record but this season has been tough.  The hardest part is we have a great bike and we should be winning.  My injuries certainly set the team and I back but we have no excuses going into the two final rounds of the MX Nationals this weekend in Coolum” said Metcalfe.

The team’s director Yarrive Konsky accepts that riders get hurt when they are riding at a high level.

“It’s inevitable in motocross, riders get hurt.  We all try to avoid injuries but they happen and we have had a troubling year but we have no excuses this weekend.  We need to win or at the very least be on the podium in both rounds” said Konsky.

Metcalfe has had a strong second half coming back from his broken back and finger.  He has finished 3,2,2,3,11 and 3rd respectively and wants to get on the top step before the motocross season is over.

“I need to win, it’s that simple, the bike is good enough and the team hasn’t stopped working to get us back to where we were before I broke my back in March and finger in April” concluded Metcalfe.

The Sunshine Coast hosts the final two rounds across the one weekend.  The back to back rounds will test riders and teams and the Penrite Factory Honda Team believe their hard work will pay off.

“The whole team has generously given up weekends and public holidays to get Brett back up to speed.  I need to acknowledge their relentlessness in our pursuit to win.  Everyone has been behind us and we appreciate it.  We haven’t won from a lack of trying and we will do everything we can to finish strong” concluded Konsky.

For more information on the final two rounds of the MX Nationals this weekend go to www.mxnationals.com.au