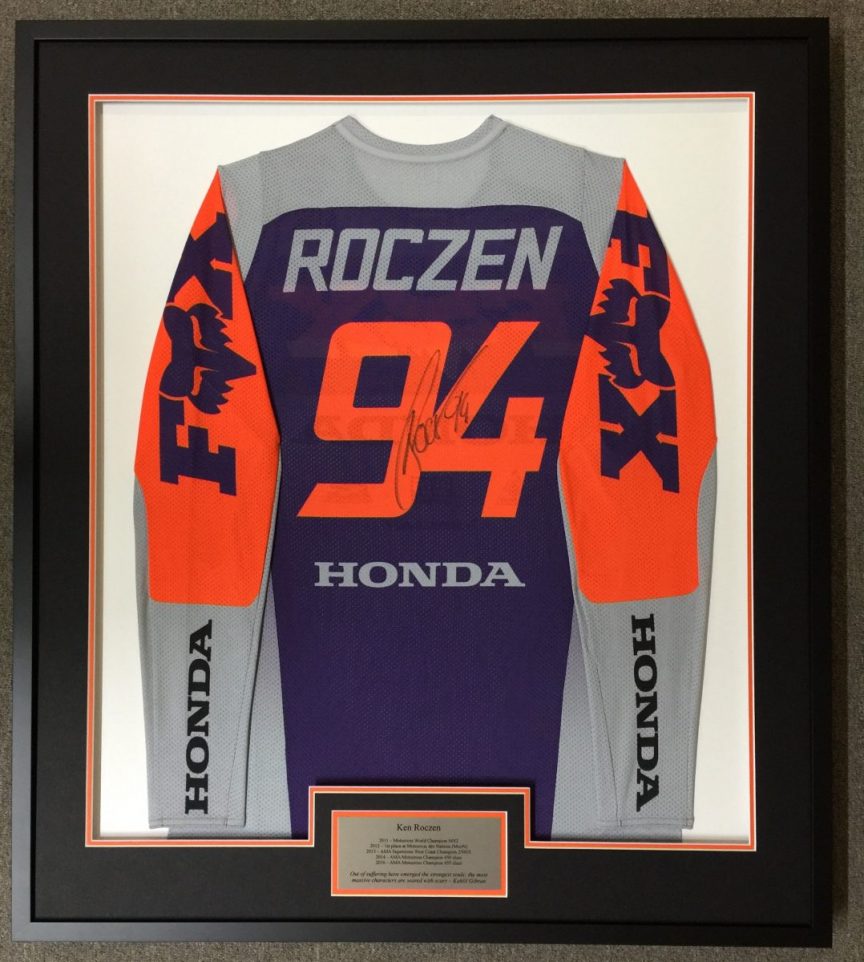 The biggest names in Supercross from around the world have come together to support Australia during their bushfire crisis.

After Penrite Honda Racing’s debut in the Monster Energy AMA Supercross earlier this year, there was concern for the crisis in Australia amongst those around the pits. The generosity of riders who wanted to show support was overwhelming and the who’s who in Supercross stepped up and provided signed riding gear in the hopes of raising much needed funds for those affected by the fires who are desperately in need of assistance.

“It was overwhelming.  Roczen, Reed, Tomac, Barcia, Brayton, Anderson, Stewart, Lawrence, Osborne, Oldenburg, Wilson, Bagget, Plessinger and Cianciarulo all gave up signed gear freely in an effort to support Australians.  It really resonates that Supercross is one enormous family and people will rally around one another to help each other out,” said Yarrive Konsky, Penrite Honda Racing team owner.

Justin Brayton, who considers himself part Australian has been devastated to see what is happening down under.

“I love Australia, it’s such a beautiful part of the world and to see what people are going through is heart breaking.  I know everyone in America has been talking about it, we all know someone from Australia and we have been genuinely concerned.  It was great to see all of the riders come together to support this crisis in any way we can.” Brayton said.

The first item going up for auction is one of Ken Roczen’s jerseys from St Louis, which was a night of triumph for him and Honda America. Eli Tomac’s jersey will go online tomorrow, followed by Barcia and Cianciarulo. The other jerseys and pants will be released next week.

Roczen’s tenacity to succeed against all adversities makes him the champion he is. The jersey is authentic and was worn on the 11th January 2020 in St. Louis, MO, a night he returned to the top step of the podium. This jersey comes personally signed by Roczen and was handed to the Honda team at St Louis. Roczen has since gone on to win another round of the AMA Supercross Championship and is the current point’s leader.

To bid on this jersey, visit: https://officialmemorabilia.com.au/live-auctions/supercross-bushfire-relief/

100% of funds raised will be donated by the Penrite Factory Honda Racing Team to the Community Enterprise Foundation to assist in their work with Australians affected by the bushfires.

Lives have tragically been lost, including national & international fire fighters and more than 10 million hectares (25 million acres) have been destroyed. People have lost their homes, businesses and loved ones.  Please bid generously to help those in unforeseen and uncontrollable circumstances.