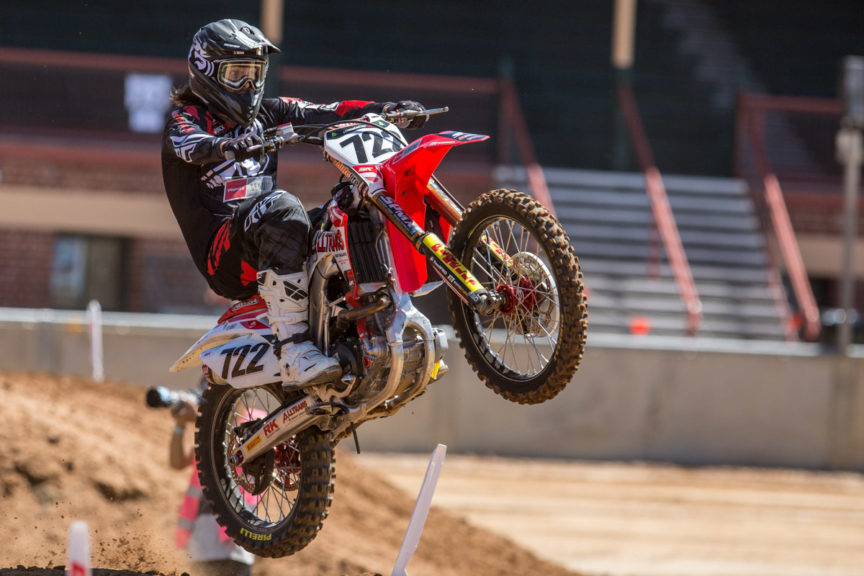 The 2016 current Australian Supercross points’ leader Justin Brayton is focused on the championship.  The American has an 18 point lead, and is mindful of it as he prepares for the second half of the championship –

Luke Clout however has a different mindset. The Australian has no chance of winning the championship in the 250 class after stepping in for the injured reigning champion Jimmy Decotis. The team expects to see Luke on the podium following another solid week –

“I have nothing to lose; I will give it everything I have.  The bike and team have been amazing and this week has been solid.  I hope I can get on the podium this weekend, said Clout”

The team is looking forward to competing this Saturday night at Avalon Raceway. For more information go to www.australiansuperx.com.au