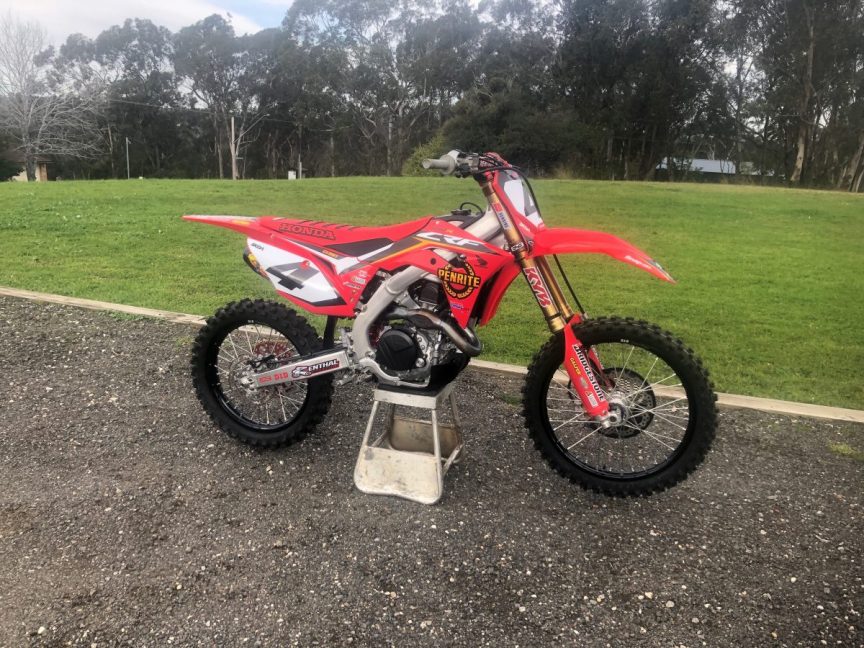 “It’s disappointing that Australia Supercross has been postponed but I am looking forward to racing again this weekend in preparation for the motocross championship” said Clout.

Luke Clout had an amazing first season in America with Penrite Honda, he finished as high as fifth and led some of the world’s best supercross racers on his way to 8th overall.

“The experience was priceless, and I learnt a lot.  Leading some laps was something I will never forget. Everything I learnt will help and I can’t wait to get back behind the gate this weekend” continued Clout.

“Clout hasn’t raced motocross since August last year and he hasn’t raced a 450 since last November. This will give him and the team an opportunity to better prepare for the Australian MX Championship, we also can’t forget that grass roots racing is where we all started and this gives Honda and Australian oil company Penrite a chance to connect with riders of all calibres and with the clubs that are the back bone of our sport” said Konsky.

Luke Clout will also appear on the up and coming episode of Chanel 10’s RPM. The episode was filmed at the MXDOME in Sydney which is the first ever indoor motorcycle facility in Australia.