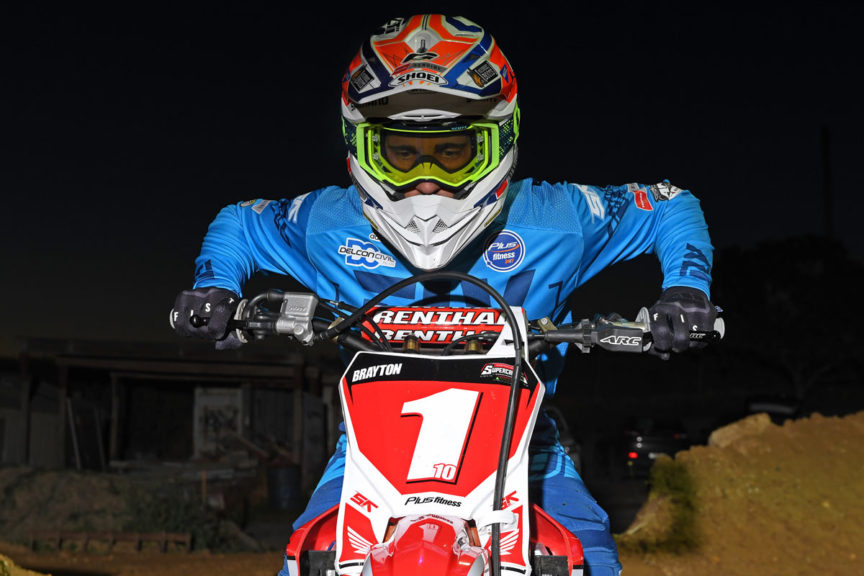 Penrite Honda riders Brayton and Faith lead charge going into Round 3 of the Australian Supercross Championship.

Both riders respectively won their classes in Round 2 of the Australian Supercross Championship; and take their championship leads into round 3.

Justin Brayton aims to remain consistent and focused on the 450cc championship;

“I have been asked about clean sweeping the championship and I can promise you this isn’t my focus.  We have continued testing these past two weeks and I feel more confident on the bike.  I will line up tomorrow night with the same attitude I’ve had since round 1 which is to focus on the start and ride mistake free.” Said Brayton.

Penrite Honda’s other 450 rider Jesse Dobson has has a troubled two rounds with crashes disrupting his overall performance.

“It’s been tough, I hurt my shoulder and I’ve been struggling through some sections of the track but I feel a lot stronger going into round 3. I hope I can improve on my first two round finishes.” Said Dobson.

The teams’ sole 250cc rider Gavin Faith has spent the last two weeks training hard in preparation for this weekend.

The class leader is focused on being consistent; “I just need to ride consistent laps and keep calm, my bike is working well and I am excited to be back in Adelaide racing again.” Said Faith.

The team is also pleased to represent one of its major partners; Alltrans Heavy Haulage, who reside in Adelaide and have supported and partnered with the Penrite Honda Team for the second year running.

The event starts at 6.30pm at the famous Virginia Speedway.