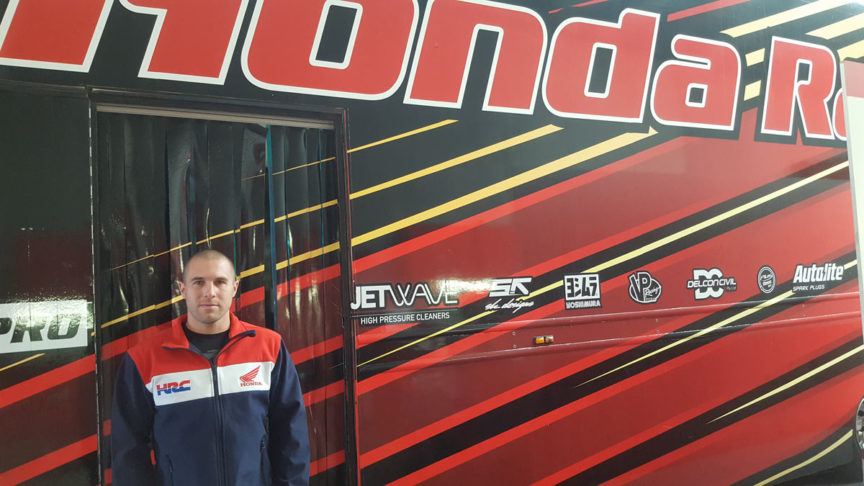 Penrite Honda recruits Chris Blose for the remainder of the Australian Supercross Championship.

Penrite Honda has signed a replacement rider in the wake of SX2 championship leader Gavin Faith forfeiting his lead to undergo surgery on his broken wrist.

Team principal Yarrive Konsky was saddened by Faith’s departure but understands the realities of the sport.

“It’s tough to lose Gavin halfway through the season but the truth is our sport can bite hard. I hope he makes a full recovery and we wish him all the best.” Said Konsky.

The team looked at local and international riders to replace Faith before deciding on American Chris Blose.

“To find a competitive rider during a championship is really difficult, most of the riders placing inside the top ten are either already signed with teams and or have personal sponsors that would conflict with ours. We want to continue to prove that we have a race winning program and we need to provide our sponsors and fans the best results we can, that is why we choose Chris.” Konsky added.

Blose achieved two overall podiums in 2016 and 2017 in the AMA Arenacross Championships with a 2nd and 3rd respectively. He has proven himself against the world’s best; finishing as high as 4th in a 450SX final class. He first made a name for himself back in 2009 by finishing 5th overall in the 250SX championship.

The seasoned veteran is eager to come out to race again in Australia; “I was excited when I got the call; I know how professional and competitive the Honda program is. I have watched the Aus-X-Open and the track is similar to what I have been racing on these past two seasons. This is a great opportunity for me.” Said Blose.

Blose will compete in the 250SX class aboard the championship leading Honda CRF250R.